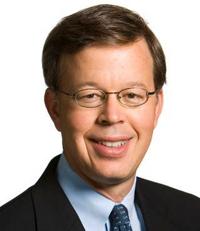 I've been very active in Missouri.
The unemployment rate has effectively not gone down from where it was at the peak of the recession. The only reason it's gone technically from 10 percent to 8 percent is so many people are discouraged and have quit work.
It's traditionally not federal policy to fund state and local salaries. It's done sometimes on a temporary basis or a grant basis. But it's not often done. And the reason is clear, because the federal government can't continue in perpetuity these programs.
When the private does well, there's revenue for the public sector.
We need a defense budget that's big enough to sustain an increase in the size of the Army.
Each of us should take personal responsibility for our diet, and our children's diet, and the government's role should be to make certain it provides the best information possible to help people stay healthy.
General Petraeus is not a miracle worker. He can not be successful unless the president creates greater confidence within his own team about the decisions which the president has himself made.
If we hold true to our ideals and our commitment to freedom, this generation of servicemen and women will have extended liberty to the Iraqi people, just as previous generations of Americans have all across the globe.
It's like doctors can't save all their patients, but, on balance, Bain under Gov. Romney created well over 100,000 jobs, which is certainly more than has been created in the Obama administration because we're down over 500,000 over the last three-and-a-half years.
Now Speaker Gingrich says interesting and insightful things. He can explain them well. On many occasions he also says outrageous things that come from nowhere and he has a tendency to say them at exactly the time when they most undermine the conservative agenda.
The old welfare system was hurting people by discouraging work and marriage. Welfare reform, and now this legislation, will build on the understanding that work and strong families are the foundation upon which we build our future.
When we get the private sector going through job creation and growth, then the governments at all level have revenues to do the things that they need to do. And that's why it's so important to get this economy moving, to get jobs created. We can't keep going on with this anemic recovery.
Governor Romney is a good debater.
I just think that the independent voters are going to take their time and look at both candidates.
I would love to be able to serve in office in some capacity with Romney as president.
I've always believed the two best anti-poverty programs are work and marriage.
People are working harder and harder than ever before and barely staying in place.
Replacing General McChrystal with David Petraeus was a good first step, but more will be needed.
This economy is not getting better and the president's policies are the reason.
We should not allow wealthy people, including corporate criminals, to hide their assets and avoid paying their bills.

Who is person today and how old is Jim Talent age, famous quotes