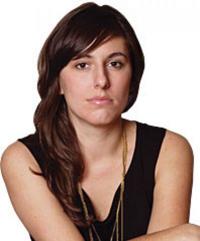 Wedding fever is one of the scariest diseases I have ever seen.
Hearing the Beastie Boys speak out against sexism made me feel like if these men who had once sung about getting girls to 'do the laundry' and 'clean up my room' could understand, maybe the rest of the world would follow suit. It made me hopeful in the best way.
If feminism wasn't powerful, if feminism wasn't influential, people wouldn't spend so much time putting it down.
Bra-burning never happened. It was completely made up by the media. A couple of women protesting a Miss America pageant threw some bras into a garbage can, and somehow that became this longstanding idea of feminists as bra-burners.
Dismissing socialization and gender roles as piddling compared to this amorphous idea of 'maternal imperative' is part of the reason progress is stalled for family-friendly policies.
The truth is that we don't need everyone to like us; we need a few people to love us. Because what's better than being roundly liked is being fully known - an impossibility both professionally and personally if you're so busy being likable that you forget to be yourself.
Feminism isn't simply about being a woman in a position of power. It's battling systemic inequities; it's a social justice movement that believes sexism, racism and classism exist and interconnect, and that they should be consistently challenged.
Wanting to be liked means being a supporting character in your own life, using the cues of the actors around you to determine your next line rather than your own script. It means that your self-worth will always be tied to what someone else thinks about you, forever out of your control.
I hope that by modeling feminism in my own life, work and relationships that it will haut become an organic part of my daughter's life. But I'm also fully prepared for her to become a Republican as a way to rebel as a teenager - that would be just my luck!
The implications of likability are long-lasting and serious. Women adjust their behavior to be likable and as a result have less power in the world. And this desire to be liked and accepted goes beyond the boardroom - it's an issue that comes up for women in their personal lives as well, especially as they become more opinionated and outspoken.
In 2008, I was one of the young feminist whippersnappers who voted for Barack Obama over Hillary Clinton in the Democratic primaries - or as many of my older counterparts called me at the time, a traitor.
Whether it's repro rights, violence against women, or just plain old vanilla sexism, most issues affecting women have one thing in common - they exist to keep women 'in their place.' To make sure that we're acting 'appropriately,' whatever that means.
Once you get married, women are still implicitly expected to do the majority of the housework and take care of any future children.
I think that the ideal of parenting can make people unhappy. It's that this lie that they're being told by society that parenting is one thing - and when parenting is something completely different - that's what makes them unhappy.
It's not always easy being a full-time feminist - especially as a young woman - when you're constantly being told that what you do is irrelevant. I'm on the defense all the time.
My problem with the wedding industry started when I studied in college and liked to have the television on in the background, and 'A Wedding Story' on TLC always came on, and I'd get irritated that the story of two people making a lifelong commitment to each other could be encapsulated in a half-hour show about the party they throw.
Social media is not just another way to connect feminist and activist voices - it amplifies our messages as well.
I revisit old favorites like 'Buffy' and 'Battlestar Galactica' when I'm bored. I am obsessed with 'Scandal.' I love TV.
The only purpose of an engagement ring is to show you 'belong' to someone, and your man makes bank.
The truth about parenting is that the reality of our lives needs to be enough.

Who is person today and how old is Jessica Valenti age, famous quotes