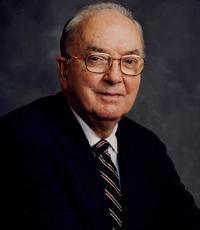 I was with some Vietnamese recently, and some of them were smoking two cigarettes at the same time. That's the kind of customers we need!
I want our government to encourage and protect freedom as well as our traditions of faith and family.
What I am suggesting is hard work and it can be slow work, but the rewards are well worth it.
Such schemes take money from people who can least afford to spend it to support an unneeded bureaucracy that eats money people thought they were providing for education.
It still surprises me when I find something in any North Carolina newspaper that isn't mad at me about something.
The challenge is always before us. Whenever we lose sight of the principles that mattered to our founders we run into trouble.
America must be the moral leader. It is not enough to have power. Power must be used to protect freedom and give all people hope for the opportunity to see the fruit of their own labor.
Conservatism is a hard choice for a society that has become accustomed to big government and big entitlements promoted by liberals.
This is an area where North Carolina does excel. I have known more colorful North Carolina political figures than I have colorless ones.
We can live our own lives in a way that does not bring reproach on the principles we claim to support.
I became a Republican when a very wise young lady asked me how I could remain a Democrat when I didn't agree with what they stood for and did agree with what the Republicans supported.
The interests of the United States are better served by demanding reform and seeing that reform takes place than by removing our influence from the UN.
I want our young people to believe as we did that there is no goal too high to reach if they are willing to work.
It may surprise people to know that I advocate the reform of the United Nations, not its abolishment.
Mr. Clinton better watch out if he comes down here. He'd better have a bodyguard.
The big secret to winning elections is to get more votes than your opponent. My friend Representative Robin Hayes is a good example to study.
I have tried at every point to seek God's wisdom on the decisions I made, and I made it my business to speak up on behalf of the things God tells us are important to Him.
It has become more acceptable to describe yourself as a conservative, but not everyone who uses that term about themselves really is truly conservative.
That is why I fought against abortion and that is why if I were still in the Senate I would be doing everything I could to defend the sanctity of marriage.
There was no Congressional Club for my first campaign. There was no organized state group of Young Republicans, but there was a dedicated core of young people who volunteered to do anything my campaign needed.

Who is person today and how old is Jesse Helms age, famous quotes