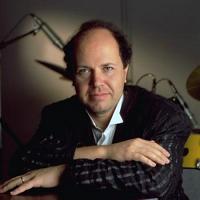 You never know what you find once you really get going.
Emotions are the fuel to really move you along - that's the only way you can create music. If you don't feel any emotions, it's not going to happen.
The passion and spontaneity in music is all gone.
Still for fun, I play the drums, but I don't do much recording with them.
Growing up, I was very much interested in jazz music.
I spent well over a year on the road with Sarah Vaughn. That was amazing.
I'm so far removed from live playing any more.
I've been doing a lot of music for films and television for quite a few years.
My mother is a singer, still performs today; she's a jazz singer.
The band couldn't have happened anywhere else in the world but New York. That was the catalyst.
It was very hard to get any records, so the only source for us to really hear what was happening was listening to the Voice of America. We would be taping all the broadcast and then sharing the tapes and talking about it.
It's not really that I didn't want to perform at all. What I didn't want to do was try to put together a band, rehearse, on my own. You know what I mean?
The problem that I have is with the music business. For some reason it seems almost impossible to get anything, any music, released which includes improvisation or soloing.

Who is person today and how old is Jan Hammer age, famous quotes