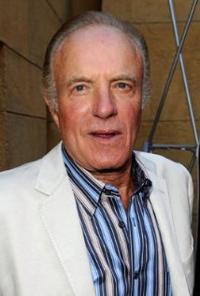 One night I went over to get some dope from some Hollywood tough guy. After I left, my son Scott, who was only fifteen, went over with a baseball bat to kill him. I was laughing out of one eye and crying out of the other. I thought, Who am I kidding?
I went to a shrink once, but I caught him going to a fortune-teller so I quit.
Showing up every day isn't enough. There are a lot of guys who show up every day who shouldn't have showed up at all.
My least favorite phrase in the English language is 'I don't care.'
Some guys say beauty is only skin deep. But when you walk into a party, you don't see somebody's brain. The initial contact has to be the sniffing.
I never saw my dad cry. My son saw me cry. My dad never told me he loved me, and consequently I told Scott I loved him every other minute. The point is, I'll make less mistakes than my dad, my sons hopefully will make less mistakes than me, and their sons will make less mistakes than their dads.
No matter what heights you achieve, even if you're Brad Pitt, the slide is coming, sure as death and taxes.
I think we have to believe in things we don't see. That's really important for all of us, whether it's your religion or Santa Claus, or whatever. That's pretty much what it's about.
I won't mention names, but in my career, the most talented people invariably are the easiest and nicest to get along with.
To get over my divorce, I got a prescription to live at the Playboy Mansion for a while.
I'm here instead of having shoulder surgery. But I'm not sure which is more painful.
You have to be very careful when you let someone win.
I always thought of myself as some sort of athlete until I started playing golf a couple years ago.
I never rode a bull - I'm not that stupid.
My kid was a great baseball player. I thought I had it made. Front-row seats at Yankee Stadium. Then he turned sixteen and wanted to be a rapper.
People are always backing up when I'm just going to shake their hands.
There are a lot of guys in Hollywood who clap you on the back just a little too hard.
You're the only one who's closing your eyes at night. There's no one else who can do it for you.
I have nothing against these big CGI movies, but there are not enough of the other ones - the ones with stories about character that have a beginning, a middle and an end. I said that to a couple of studio heads and they said, 'That's novel.'
I play a guy who believes he's a king. He's the most common man in the world; in fact his family, like his suits, are just make-up. It's about dysfunctional people and dysfunctional relationships.

Who is person today and how old is James Caan age, famous quotes