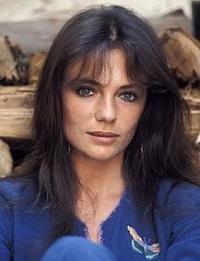 A mode of conduct, a standard of courage, discipline, fortitude and integrity can do a great deal to make a woman beautiful.
I'd like to get my public image nearer to my reality. People have a lot of misconceptions.
I wanted to go to acting school, and I did a few modeling jobs to pay for acting school. I never aspired to be a model. I met lots of photographers, and I learned a lot about light - as a source of love and illumination, light as a gift of love. On film, that's a massive contribution.
My view is quite simple. When your dog pees on the carpet, you do not give away your dog. You say, This dog is special. I have to teach him not to pee on the carpet. I feel exactly the same way about men. They need to be taught things.
A lot of actors work too much. There comes a point where it's hard to mask your basic personality. It's a bit like a relationship. If you're always there, they can't desire you.
Character contributes to beauty. It fortifies a woman as her youth fades. A mode of conduct, a standard of courage, discipline, fortitude, and integrity can do a great deal to make a woman beautiful.
I love being in my garden. I don't plant a lot of exotic flora, but I do spend a lot of time outside doing manual labour.
There is an eternal humanity that crosses through all people, and it's more interesting often when it's about struggle - not people with champagne glasses.
Ideally, couples need three lives; one for him, one for her, and one for them together.
I'm quite happy being myself. I'm a big fan of Jessica Lange and Jeanne Moreau, but I don't want to be anyone else.
I want to keep my attractiveness as long as I can. It has to do with vitality and energy and interest.
I have an intense obsession with making films. I not only love to make films, I perhaps need to make films.
Being around people with whom you feel a connection, on many levels, not just a professional one, is very relaxing. Your ears are more open to someone who is not a cantankerous bastard.
At first I was always cast as the girlfriend. It was a long time before I got to play characters who were people.
At the time, 1980, people regarded actresses involved with production with a certain amount of fear, resentment and anger.
I work hard, and I tend to play hard. I very seldom rest hard.
I've probably understood men too well. I realise they are predatory by nature, and I have a certain acceptance of the male animal.
We all lose our looks eventually. Better develop your character and interest in life.
Working with Candy Bergen was really wonderful.
You can sometimes learn more working with less talented people, because you learn to survive.

Who is person today and how old is Jacqueline Bisset age, famous quotes