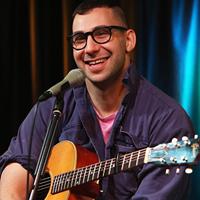 I think that everyone at any age should ask themselves, 'where do I want to be today, where do I want to be tomorrow, and where do I want to be in a hundred years?' We all have clear answers to those questions. We only have so much time. It's a real shame if we don't spend our lives trying to do that.
So many boys and girls talk the same way, listen to the same music, look the same. If I'm out, I'll notice the person who looks different before I notice the person who's, 'really hot.'
The only people playing the roles of classic rock stars are hip-hop artists, now. Kanye's stage persona, and the way he approaches making albums, and the way he wants to be better than everyone else? That's reminiscent of Freddie Mercury. That's reminiscent of the Beatles.
What sets 'Some Nights' apart from anything we've ever done is the hip-hop influence. Not so much the actual sound of hip-hop, but more the vibrato and the artistry that comes with it. Right now, the artists that seem to be pushing to be the greatest artists and are trying to change the world are hip-hop artists.
As straight Americans we have two choices: we can choose to sit back and enjoy our rights as we have them, or we can realize that it is actually not freedom at all when our friends, family, neighbors, and colleagues do not share these basic rights.
'Glee' is one of the very few mainstream outlets that is giving a voice to communities of people that don't necessarily have a loud voice, specifically the gay community. It gives a really positive and forward statement.
My father played guitar, so I always wanted to play for that reason. But I think the biggest reason was just the '90s in general - growing up listening to the Smashing Pumpkins, Green Day and bands like that, and going to concerts and thinking it was the coolest thing in the world.
Of course, the majority of us would speak up in the face of outrageous bigotry, but do we speak up in a social situation when someone casually refers to something as 'gay'? If we don't, we are standing with the homophobes whom we are quietly fighting.
Social paralysis is strong and stands firmly in the way of change on the ground level. As allies, we have to prepare ourselves to step into the fire when necessary, even - and especially - when said fire is merely a still-lit cigarette tossed carelessly onto the street.
The best pop music is the songs that a group of people can dance to, but you can also listen to in your bed and cry. That's something obviously that The Beatles started and... so having that darkness there opens another door.

Who is person today and how old is Jack Antonoff age, famous quotes