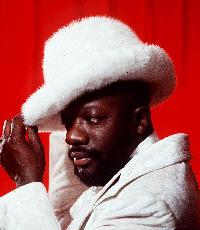 If you enjoy the fragrance of a rose, you must accept the thorns which it bears.
I've been around a long time, and when I was at the top of the hill, I was very ahead of my time! Evidence of that is that my music is still current today - you know, rappers sample it all the time. So, rather than compromise my artistic integrity, I concentrated on movies.
Religious beliefs are sacred to people, and at all times should be respected and honoured.
There's always hurdles. So I just keep moving, just constantly redefining myself. That's how you stay in the race.
A certain administration which I won't call by name took the arts out of the schools, and that left the brothers out on the street with nothing, so they went to the turntables and started rhyming. Then they had a way to express themselves, and that's the birth of hip-hop.
I think the kids today need to hear more about morals and values.
There is a place in this world for satire, but there is a time when satire ends and intolerance and bigotry towards religious beliefs of others begins.
I was a pop freak. I love music. Of course, I knew soul because I grew up in it. Writing it and everything. I love soul. But I love a tune that has some meat in it. Something I could hang my hat on. Because music is universal. Therefore, I felt no boundaries.
There's something about live players that you cannot get with machines: With live musicians, you can strike a groove, you can feed off each other... And, even though somebody might make a slight mistake, it's all real!
Self-expression is always a right, but it's still not there to be abused.
The rappers have gone in and created a lot of hit music based upon my influence. And they'll tell you if you ask.
I first heard African drum rhythms and chants at the movies. Then, when I had the opportunity to go to Africa and visit the villages, I heard the real, raw, true rhythms and realised the origins of the old Negro spirituals I grew up with in the South.
Guys in slavery sang praises to the Lord to deliver them from bondage.
I influence people, hopefully on the positive side.
I used to stand in front of the mic and cry.
Know the business, learn the business, own something.
All the time I was writing hit songs with my partner David Porter, I always had the yen to perform. Sure did. And when the opportunity came, I took it. The first album, 'Presenting Isaac Hayes,' didn't do so hot, but it was like a prelude for what was to come.
Have you ever wondered why young people take to music like fish to water? Maybe it's because music is fun. Plan and simple. It opens up their minds to dream great dreams about where they can go and what they can do when they get older.
Just, you know, you can't put bread in a cold oven. You know, you've got to take your time. You've got to heat it up. So that's what, that's what I like to do with my music. I like to build it, and build it into a maddening, exciting crescendo.
Elvis was a giant and influenced everyone in the business.

Who is person today and how old is Isaac Hayes age, famous quotes