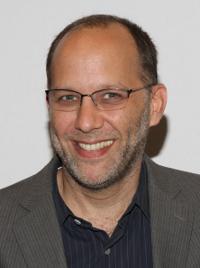 Capturing intimacy is pretty much the only thing I'm interested in. That's what excites me and what I find beautiful in movies personally - that almost obscene sense that we shouldn't be this close to these people. I find that very inviting and meaningful as an audience member.
I remember being a teenager and seeing Seymour Cassel across a crowded room and being incredibly star struck, and not having the courage to say, 'Hello.'
I'm not interested in a film about deceit anymore. I think I was always invested in deceit on some level. But it no longer compels me the way it did for so many years.
Intimacy is something to be cherished, and intimacy is not something to be afraid of.
For gay people, we learned about our lives in secrecy and a lot of fear.
Fighting bitterness can be a full-time job.
I conveniently was not accepted to film school, which I applied to in 1987, and so I decided I would become a filmmaker instead of a student.
Suspense films are often based on communication problems, and that affects all of the plot points. It almost gives it kind of a fable feeling.
My father moved out to Park City in in the mid-'70s and lived in a Winnebago behind a hippie joint called Utah Coal & Lumber that was one of only two or three restaurants at that time. Park City was a sleepy little mining town, with not a condo in sight.
Seeing the road show of 'A Chorus Line' in 1977 at the Orpheum Theater in downtown Memphis was a life-changing event for me: there were gay people, on the stage, and they all lived in New York.
All history is defined by shifting modes of reality and time and how things change. That's what I love about cinema. It changes in the moment.
As a gay person, my life has been marginalized.
Being an artist is in part an act of rupture.
By 1988, I was living in New York myself.
I don't think I'd ever start making a film until I had both the intimacy with the subject and the distance to make it live in a certain way.
I've been hiding crucial events in my life since I was 13.
It's easy to make a film, but it's hard to make a career of being a filmmaker.
Movies are romantic fantasies.
'How to Survive a Plague' is history-telling at its best. It's a film I'll show my two children, now toddlers, when they are old enough to understand. It's a movie that I cannot forget.
I came to N.Y.C. in 1988 and got very involved with Act Up. I also started making movies, including two very gay shorts, 'Vaudeville' and 'Lady.' It was the height of the AIDS epidemic, and New York City was both dying and very alive at the same time.

Who is person today and how old is Ira Sachs age, famous quotes