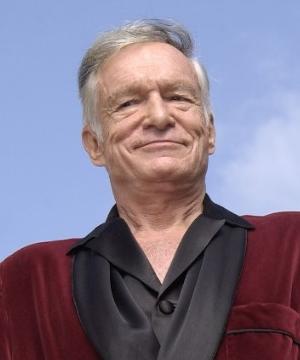 I don't have dinner parties - I eat my dinner in bed.
In my wildest dreams, I could not have imagined a sweeter life.
Life is too short to be living somebody else's dream.
My first wife was a brunette, and Barbi Benton, my major romantic relationship of the early 1970s, was a brunette. But since the end of my marriage, all of my girlfriends have been blonds.
The interesting thing is how one guy, through living out his own fantasies, is living out the fantasies of so many other people.
I'm very comfortable with the nature of life and death, and that we come to an end. What's most difficult to imagine is that those dreams and early yearnings and desires of childhood and adolescence will also disappear. But who knows? Maybe you become part of the eternal whatever.
Surrounding myself with beautiful women keeps me young.
It's good to be selfish. But not so self-centered that you never listen to other people.
Someone once asked, 'What's your best pickup line?' I said, 'My best pickup line is, 'Hi, my name is Hugh Hefner.'
You know, from my point of view, I'm the luckiest cat on the planet.
The major civilizing force in the world is not religion, it is sex.
The notion of the single man began in the 1950's. The idea of the bachelor as a separate life was new and obscure.
Sex is the driving force on the planet. We should embrace it, not see it as the enemy.
I have about 100 pairs of pajamas. I like to see people dressed comfortably.
Picasso had his pink period and his blue period. I am in my blonde period right now.
Living in the moment, thinking about the future, and staying connected to the past: That's what makes me feel whole.
I guess I'm the most successful man I know. I wouldn't trade places with anybody in the world.
It's hard to really compare new love and old love.
I have been married twice, and those were not the happiest times of my life. Part of the problem, quite frankly, is that when you get married, the romance disappears and the children arrive and the love is transferred. It shouldn't be that way, but too often it is transferred to the children.
I think getting married was a mistake along the way, but at the same time I wouldn't have the wonderful children I have if I didn't get married.

Who is person today and how old is Hugh Hefner age, famous quotes