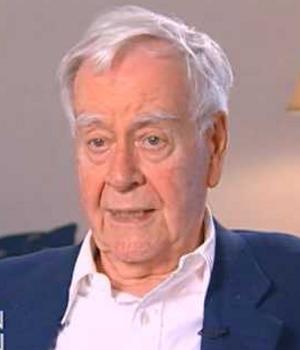 I have enormous respect for the human being because they're asked to take on a lot. And I don't think there's any easy solution. But I think the journey is what you have to finally be satisfied with, but not be afraid of the lessons one has to learn... it ends up as grace. And you grow; you find a way to continue.
I often write about nonreligious people, and I try to find situations where their sense of humanity is restored or discovered. I think you can be a good person in many ways. And I think you often have to be careful that prayer can seem superficial, because it's a very complicated thing to love your neighbor as yourself.
Early on, I said to myself that I would like to write a kind of moral and spiritual history of a place. It sounds a little pretentious, I know. But that's really what I set for myself.
A writer has an inescapable voice. I think it's inherent in the nature, and I think that we don't control it anymore than we control what we want to write about.
I believe very deeply in the human spirit, and I have a sense of awe about it. I look around and ask, 'What makes the difference? What is it?' I've known people the world has thrown everything at - to discourage them, to kill them, to break their spirit. And yet something about them retains a dignity. They face life and they don't ask quarters.
A lot of writing is thinking.
I so earnestly believe that prayer can be helpful and guide you and protect you and inspire you. I mean, I'm in awe.
I'm a social writer in the sense that I want to record, but not in the sense of trying to change people's minds.
In New York, there are a lot of plays to see, and I try to see as many as I can.
I don't think I'll ever stop writing. I write almost every day. I'd write plays even if they were never done again. You're at the mercy of whatever talent you have.
I've redone plays of mine and made changes. A play is a living thing, and I'd never say I wouldn't rewrite years later. Tennessee Williams did that all the time, and it's distressing, because I'd like the play to be out there in its finished form.
My first memory was of stories about the past - a past that, according to the storytellers, was superior in every way to the life then being lived. It didn't take me long, however, to understand that the present was all we had, for the past was gone, and nothing could be done about it.
I've lived long enough to know things go in and out of fashion, and things not well received now can be totally reversed years later.
My mother, twenty-two, was Harriet Gautier Brooks, named for her paternal grandmother, but always called Hallie. My father, twenty-six, was Albert Horton Foote, named for his father and great-grandfather, and I was named Albert Horton Foote, Jr.

Who is person today and how old is Horton Foote age, famous quotes