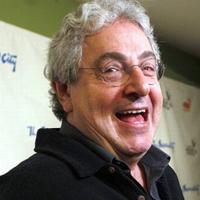 How one handles success or failure is determined by their early childhood.
We all wish we could be in more than one place at the same time. People with families feel guilty all the time-if we spend too much time with our family, we feel we're not working hard enough.
I believe things happen that can't be explained, but so many people seem intent on explaining them. Everyone has an answer for them. Either aliens or things from the spirit world.
I'd like to think I'd never do a gratuitous fart joke.
My characters aren't losers. They're rebels. They win by their refusal to play by everyone else's rules.
We are all several different people. There are different aspects of our nature that are competing.
I never work just to work. It's some combination of laziness and self-respect.
Acting is all about big hair and funny props... All the great actors knew it. Olivier knew it, Brando knew it.
I always claim that the writer has done 90 percent of the director's work.
No matter what I have to say, I'm still trying to say it in comedic form.
Whenever a critic mentions the salary of an actor, I'm thinking, He's not talking about the movie.
A psychologist said to me, there are only two important questions you have to ask yourself. What do you really feel? And, what do you really want? If you can answer those two, you probably can leave your neuroses behind you.
If Chevy Chase had not been an actor, he might have been a very popular guy in advertising, or whatever field he would have gone into, because of his charisma.
My first few films were institutional comedies, and you're on pretty safe ground when you're dealing with an institution that vast numbers of people have experienced: college, summer camp, the military, the country club.
Billy Crystal knows how to make people laugh. He's got 30 years on stage... there's no telling him what's funny.
I never read Playboy before I started working there and stopped reading it the day I quit.
Nothing reinforces a professional relationship more than enjoying success with someone.
The cutting room is where you discover the optimal length of the movie.
First and foremost, you have to make the movie for yourself. And that's not to say, to hell with everyone else, but what else have you got to go on but your own taste and judgment?
It's like the old rule-if you introduce a gun into the first act of a play, it's going to be used in the third act. So if you do a movie about criminals, you have to accept there's going to be Some action.

Who is person today and how old is Harold Ramis age, famous quotes