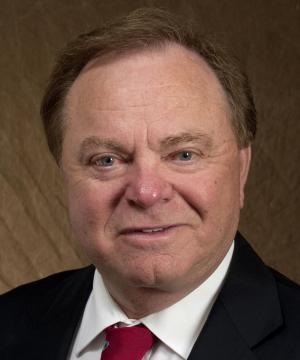 It's harder, but we're still finding oil in Oklahoma today. The bar has been raised on startup companies, but it can still be done. Every regulation and every rule limits you, but, yes, it can still be done. That's the beauty of living in a free country and having the freedom to have an idea and become an entrepreneur.
President Obama is riding the wrong horse on energy.
I'm a professional geologist, an explorationist for oil. That's what I've done in my career, one that's culminated in - at least to this point - playing a part in finding the largest field in the last 40 years anywhere in the world. That's the Bakken field, which I believe will yield 24 billion barrels of oil in the decades to come, maybe more.
I always wanted to find oil. It was always an irresistible calling.
The oil patch pays good. They're decent jobs paying between 50 and 70 thousand a year. Fracking has a big impact on the oil consumption in the United States.
A commodity producer should be comfortable being exposed to prices.
Anti-frackers are disingenuous. They bow to the religion of environmentalism.
Every time we can't drill a well in America, terrorism is being funded. Every onerous regulation puts American lives at risk.
I love nature. I'm not going to do anything to detract from it.
No matter what, you've got to always follow your passion in life and always keep learning.
Oil is ancient wealth in the ground.
Business people across the world are seeing the possibility of Donald Trump being president, and this is a big thing that I believe is inspiring people to put money here in America instead of Germany or other places where we have lot of things going on.
Certainly, Continental has taken advantage of pipe and sponsored pipeline projects where we could. As a historic shipper, we have put a lot of oil on pipe. We have over half of our oil on pipe coming out of the Bakken. We feel good about that.
Exporting oil would not drive up prices at the pump. American drivers buy refined products, which the U.S. already exports. Many studies - from a range of institutions and government agencies, including the Congressional Budget Office and the Energy Information Administration - have shown that lifting the export ban could actually lower gas prices.
I grew up on a farm in Lexington, Oklahoma, a rural community south of Norman. My family moved to Enid, Oklahoma, in 1962, when I was a junior in high school. This cast me into a totally different environment. Enid was a company town for Champlin Petroleum, and there was an oil boom going on.
I started working in the oilfield upon graduating high school. I was on the service end of it, driving tank trucks for Johnny Geer for a couple years and learning about oil and gas production. I had a whole cadre of mentors.
President Trump will release America's pent-up energy potential, get rid of foreign oil, trash punitive regulations, create millions of jobs, and develop our most strategic geopolitical weapon: crude oil.

Who is person today and how old is Harold Hamm age, famous quotes