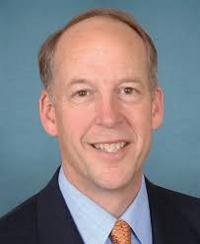 As federal lawmakers, we have a responsibility to set a precedent for energy efficient practices.
As a lifelong Oregonian, I prefer our forests green, not black.
With the increasing demand for oil around the world and the rising costs in Oregon and throughout the nation, we must focus on the development of alternate energy sources, especially those that are clean, efficient and renewable.
Small businesses are seeing huge rate increases every year, and more and more of them are saying they just can't afford to provide coverage. That's part of the reason more than 45 million Americans are now uninsured.
A man of strength and wisdom, John Paul became an inspiration to generations of both Catholics and non-Catholics throughout the world by encouraging freedom, promoting peace and respecting all faiths.
I am maintaining my schedule of commuting to Washington, D.C. each week from Oregon so that I can spend my weekends and days when we are not in session traveling to communities throughout my district.
Large corporations and unions know the power of being big enough to bargain for better rates.
We also have to stop the flow of precursor chemicals that meth cooks use to boil up this poison.
A $1.7 billion average increase in electricity costs is estimated to result in a $1.3 billion decrease in personal income and a loss of 13,000 more jobs in the region.
I came away from the forums with a profound concern about the highly addictive and destructive nature of methamphetamine. Families are torn apart, lives are destroyed and treatment is difficult to get.
I came here to help make America more competitive and prosperous by developing an energy policy that increases conservation, promotes cleaner technologies, encourages development of renewables and enhances domestic production of gas and oil.
It is no secret that those of us in the Northwest believe the Administration's proposal to drive up the cost of electricity in our region is not only misguided, but also will not achieve the intended goal of raising money for the treasury.
Many individual growers now are growing organic fruit, and many are taking it upon themselves to market their own products to the public, as opposed to necessarily going through big processors, although, obviously, the bulk of the fruit still is dealt with that way.
Removing substantial fuel loads from our forests helps prevent catastrophic fire and better protects species, watersheds and neighboring communities that call them home.
The Round-Up is a wonderful community celebration, and I greatly enjoy the chance to visit with residents and see so many families enjoying the festivities offered throughout the week.
Whether fuel cell system development in central Oregon, wind power generation along the Columbia Gorge, or geothermal energy in southern Oregon, investing in new energy sources makes America more energy independent while creating good paying, environmentally friendly jobs.
I did not come to Washington to raise the electricity rates by as much as $40 per month as this plan would do.
Since 2000, we've seen base power rates rise by 50%.
The war on meth must be fought with a multi-pronged approach.
As the GAO report recognizes, the long-term health of our forests relies on additional fuel reduction options and funding to reduce the risks that catastrophic fire poses to our nation's ecosystems, communities and federal budgetary resources.

Who is person today and how old is Greg Walden age, famous quotes