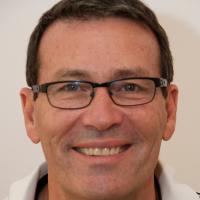 Pop science goes flying off in all kinds of fashionable directions, and it often drags a lot of SF writers with it. I've been led astray like that myself at times.
Widespread caffeine use explains a lot about the twentieth century.
A story in Asimov's is read by hundreds of thousands of people.
Diaspora starts about a thousand years from now. Most of human civilisation has moved inside computers; essentially, a major branch of our descendants consists of conscious software.
I'm rarely grabbed by anything the way I was when I was 10 years younger. About the only relatively new artists whose albums I own are Beck, and They Might Be Giants.
Fandom is about fandom, it's a great big social club.
I admire David Lynch so much, and I think he made some bad decisions with Lost Highway.
I don't have any structured grand plan; I just intend to keep writing about the things that interest me-some of which change, some of which don't.
I think new writers everywhere need opportunities to get published.
I've been taking longer to write stories lately.
Australian SF book publishing has undergone a boom recently, and sometimes it's easier for new writers to sell a book to a local publisher first, which then makes a US edition more likely.
Being rewarded for anything other than the quality of their work is the fastest way to screw-up a writer-and it isn't only new ones who suffer from that.
I hadn't given much thought to the prospect of a Hugo nomination at the time it happened, but obviously once you're nominated, winning one seems a bit less far-fetched than before.
I've supported myself by writing since 1992, and I'm probably very nearly unemployable by now because employers are likely to be put off by the long gap.

Who is person today and how old is Greg Egan age, famous quotes