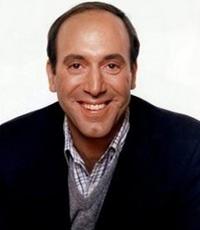 For my 50th birthday, I got ahold of a new print of 'Saturday Night Fever.' I see it much more as a tough coming-of-age movie than as a disco story.
After 27 years, I walked out of my first one a few months ago. Black Sheep with Chris Farley.
They know they got the TV ad, they know they got the name recognition, they know that they can do a tie in with McDonald's or some fast food outlet and the money is just gonna flow in.
Is this film more interesting than a documentary of the same actors having lunch?
We'd rather see a picture that we liked then dump on one we didn't.
I'm not surprised that Spielberg was able to capture the heroism of Schindler; so many of his movies are about the better part of mankind.
Going to a movie is a two-hour experience; at $7.50 for a ticket, you are valuing your time at far less than the minimum wage. If you don't understand the film, don't leave. If you understand it all too well and hate it, get out of your seat and walk up the aisle. You will feel empowered.
I would rather turn my head and cough than see any part of 'Patch Adams' again. The title of this movie should have been 'Punch Adams!'
In fact, Cannonball Run II. I used to pick that as the worst movie ever made.
John Goodman is more that just a big guy, he's a wonderful actor.
We don't pretend to disagree.
But you know, really, if you think about it Roger and I and all critics really have one absolute essential part of our credentials and that is that you believe that that is actually what we think.
That's probably when I get the most angry at American movies, when they just so cynically manipulate the audience without even trying to give a good story.
The only actor who I think probably might have possibly taken a swing at me if he could have would be Burt Reynolds. He used to call Roger and me the Bruise Brothers, out of Chicago.
The result is a picture that represents so much of what I want and rarely get from a movie - a couple of hours filled with characters who are as exciting as the people I know in real life.

Who is person today and how old is Gene Siskel age, famous quotes