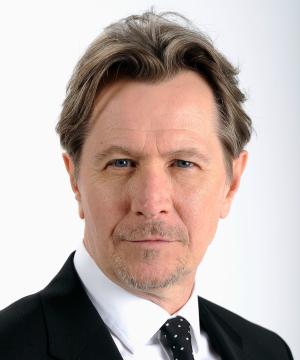 I was quiet, a loner. I was one of those children where, if you put me in a room and gave me some crayons and a pencils, you wouldn't hear from me for nine straight hours. And I was always drawing racing cars and rockets and spaceships and planes, things that were very fast that would take me away.
Your own barometer is all you have to go by, and often what makes a good director is knowing when not to say something. On occasions you can find yourself on a film set where the person who is wearing the director's hat is only trying to justify his position.
I applaud anything that can take a kid away from a PlayStation or a Gameboy. That is a miracle in itself.
Wanting to be a good actor is not good enough. You must want to be a great actor. You just have to have that.
Change is vital to any actor. If you keep playing lead after lead, you're really gonna dry up. Because all those vehicles wean you away from the truths of human behaviour.
I know what it means to do a job... I worked in a factory. I respect people in the service industry. What irritates me more is when people aren't respectful. There's a lot of nonsense behavior, especially in a place like Hollywood. The money, the power, they create little monsters.
You choose your friends by their character and your socks by their color.
A lazy man works twice as hard. My mother told that to me, and now I say it to my kids. If you're writing an essay, keep it in the lines and in the margins so you don't have to do it over.
And costume is so important for an actor. It absolutely helps to get into character; it's the closest thing to you, it touches you. Some actors like to go into make-up and then put their clothes on, but I like to dress first; that's my routine.
People who know me, they know I have a sense of humor, I'm a bit of a joker, a bit of a clown really, and I would love someone to exploit that side of me and send me a romantic comedy.
It's becoming increasingly harder and harder; there's no such thing as independent film anymore. There aren't any, they don't exist. In the old days you could go and get a certain amount of the budget with foreign sales, now everybody wants a marketable angle.
I'm not the best audience for that because I'm not a great science-fiction fan. I just never got off on space ships and space costumes, things like that.
I'm probably a Libertarian, if I had to put myself in any category. But you don't come out and talk about these things, for obvious reasons.
My passion and energy get mistaken for anger.
Getting sober was one of the three pivotal events in my life, along with becoming an actor and having a child. Of the three, finding my sobriety was the hardest thing.
Culturally, politically, everywhere you look... Read the newspaper. Go online. Our world has gone to hell.
Speaking very generally, I find that women are spiritually, emotionally, and often physically stronger than men.
There will always be spies. We have to have them. Without them we wouldn't have got Osama bin Laden - it took us years, but it happened.
Political correctness has become a straightjacket.
I love the simple poetry of theater, where you can stand in a spotlight on a stage and wrap a coat around you, and say, 'It was 1860 and it was winter...'

Who is person today and how old is Gary Oldman age, famous quotes