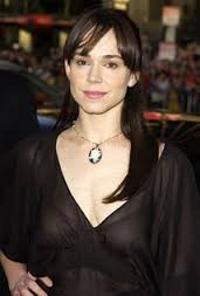 I am really glad I was raised Catholic. I like the fundamental aspects of that religion. I think they give you great grounding in terms of having a moral code. But I do not subscribe to any religion specifically now.
I was quietly rebellious. My parents thought I was very good but secretly I did things like saying I was staying in one place and going somewhere else instead. My older sister was openly rebellious and would tell my parents where to go, but I never did that.
I love watching Hollywood movies - I just don't know if I'd be happy doing a 'Jurassic Park.'
I wasn't tempted to go into academia for a second.
I actually didn't like Jane Austen. I was more into the Brontes. They were so wild and passionate. I thought there was something a bit tame about Austen.
In Australia I was seen as somebody who did only very modern, contemporary stuff. Then as soon as I went overseas I did two period pieces so it was like, 'When are you going to get out of the corsets?' And I was thinking I just got into them!
The thing about the classics it that they are such great characters, they have a great deal of depth and different layers to them. I always find that very stimulating to play.

Who is person today and how old is Frances O'Connor age, famous quotes