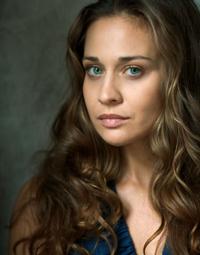 I used to get a shiver if I thought about holding balloons, because I was scared of floating away.
I was so self-critical. I still am, but it's not as bad anymore.
When I was a kid - 10, 11, 12, 13 - the thing I wanted most in the world was a best friend. I wanted to be important to people; to have people that understood me. I wanted to just be close to somebody.
I would really like to go back to school. I would love it now.
Life is all about the friendship and the love and the music. It sounds silly, but it is. I want to have that experience as much as I can as an adult, not as a kid doing something that people are telling her she has to do. If anyone gets in my way, I'm going to get them out of my way.
I had really bad obsessive-compulsive disorder. At its worst, I was compelled to leave my house at three o'clock in the morning and go out in the alley because I just knew that the paper-towel roll I threw in the recycling bin was uncomfortable, like it was lying the wrong way, and I would be down in the garbage.
I got a lot of problems, but I'm really good at intuiting what I need to do to be happy with whatever I create. I know when to stop myself, I know when to start, I know when to leave something alone. I guess I just kind of indulge that completely, and so I just take my time.
If you want to see me cry, just come to a photo shoot.
Now I feel like whatever I do, no one can hurt me. I cannot be violated, I cannot be humiliated, I cannot be disregarded, I cannot be disrespected.
I've gone through stages where I hate my body so much that I won't even wear shorts and a bra in my house because if I pass a mirror, that's the end of my day.
I don't go on lunch dates with friends. I hear about people having dinner parties, but I never do that. I'm not really human.
You know, I've always thought that it would be really funny if somebody made a romantic comedy where absolutely everything went well from beginning to end.
I have a very steadfast tendency to parent myself, to monitor my development into the person I want to be. I've tried to keep the corruption minimal.
When you're surrounded by all these people, it can be even lonelier than when you're by yourself. You can be in a huge crowd, but if you don't feel like you can trust anybody or talk to anybody, you feel like you're really alone.
I'm here because of what I write. Obviously, I must know something.
There aren't many poster children for cool angst. Everybody thinks it's cool if you're the bad girl.
I got all my work done to graduate in two months and then they were like, I'm sorry, you have to take driver's ed. I just kind of went, Oh, forget it.
I got into therapy in the fifth grade because I said in a sarcastic way that I was going to kill myself, and they didn't get it then. Nothing's changed.
You think you're looking at things all the time, but you're not looking at things, you're looking at what your brain is interpreting through light and color. And who knows what everybody else sees?
My whole life, people have been saying, Why are you so angry?

Who is person today and how old is Fiona Apple age, famous quotes