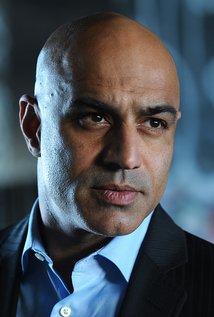 When you play a character, you get to see the world through their eyes. Whether it's a fictional world or a real world, you do get to see somebody else's point of view, whether he's a good guy or a bad guy.
We are all quick to point out all the differences but not as willing to accept what bonds us as humans.
Sometimes stereotyping happens not because of any nefarious reasons but rather because people don't know who you are or where you come from, so they go for the broad strokes about you, your culture, your faith, all that.
The box office has become global. I think that factors in to the question of how to portray different ethnicities and cultures.
When I read a script, if I feel it's written with the idea of just bashing other people, then I shy away from it. Sometimes it's some guy coming out with his own hatred, and I don't need to be a part of it.
Does Hollywood do movies about terrorism? Yeah. And why do they do that? Because it sells.
I grew up with 'Star Trek,' so to get to do anything in it was fun for me.
I think you can do science fiction, but you have to ground it in some realism. People need to identify with the characters, with their plights and their issues.

Who is person today and how old is Faran Tahir age, famous quotes