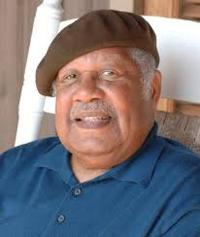 Words mean nothing. Action is the only thing. Doing. That's the only thing.
There will always be men struggling to change, and there will always be those who are controlled by the past.
Why is it that, as a culture, we are more comfortable seeing two men holding guns than holding hands?
Question everything. Every stripe, every star, every word spoken. Everything.
I wanted to be a writer. I wanted to say something about home.
Grace under pressure isn't just about bullfighters and men at war. It's about getting up every day to face a job or a white boss you don't like but have to face to feed your children so they'll grow up to be a better generation.
A myth is an old lie that people believe in. White people believe that they're better than anyone else on earth - and that's a myth.
Today I must write a paragraph or a page better than I did yesterday.
I believe that the writer should tell a story. I believe in plot. I believe in creating characters and suspense.
Sometimes you got to hurt something to help something. Sometimes you have to plow under one thing in order for something else to grow.
All writers write about the past, and I try to make it come alive so you can see what happened.
The mark of fear is not easily removed.
I write to try to find out who I am. One of my main themes is manliness. I think I'm trying to figure out what manliness really is.
I think I'm a very religious person. I think I believe in God as much as any man does. I don't only believe in God, I know there's God.
In the beginning, I tried to be a more cosmopolitan writer, but I realized that I was a country boy, and I had to deal with things I knew about and where I came from.
What I miss today more than anything else - I don't go to church as much anymore - but that old-time religion, that old singing, that old praying which I love so much. That is the great strength of my being, of my writing.
When I'm sitting in the church alone, I can hear singing of the old people. I can hear their singing and I can hear their praying, and sometimes I hum one of their songs.
I knew I wanted to be a writer and I knew if I had a wife and family, I would neglect something, and I was afraid it wouldn't be the writing.
I try to write something that would interest anybody and keep them turning the page. You must have a plot and good storyline.
The sharecropper may lower his eyes, but not because he's less of a man. That's just a condition of society that such things exist.

Who is person today and how old is Ernest Gaines age, famous quotes