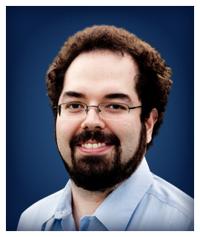 I wouldn't be surprised if tomorrow was the Final Dawn, the last sunrise before the Earth and Sun are reshaped into computing elements.
Do not flinch from experiences that might destroy your beliefs. The thought you cannot think controls you more than thoughts you speak aloud. Submit yourself to ordeals and test yourself in fire. Relinquish the emotion which rests upon a mistaken belief, and seek to feel fully that emotion which fits the facts.
The purest case of an intelligence explosion would be an Artificial Intelligence rewriting its own source code. The key idea is that if you can improve intelligence even a little, the process accelerates. It's a tipping point. Like trying to balance a pen on one end - as soon as it tilts even a little, it quickly falls the rest of the way.
Nothing you'll read as breaking news will ever hold a candle to the sheer beauty of settled science. Textbook science has carefully phrased explanations for new students, math derived step by step, plenty of experiments as illustration, and test problems.
Anything that could give rise to smarter-than-human intelligence - in the form of Artificial Intelligence, brain-computer interfaces, or neuroscience-based human intelligence enhancement - wins hands down beyond contest as doing the most to change the world. Nothing else is even in the same league.
A burning itch to know is higher than a solemn vow to pursue truth. To feel the burning itch of curiosity requires both that you be ignorant, and that you desire to relinquish your ignorance.
By far, the greatest danger of Artificial Intelligence is that people conclude too early that they understand it.
I keep trying to explain to people that the archetype of intelligence is not Dustin Hoffman in 'The Rain Man;' it is a human being, period. It is squishy things that explode in a vacuum, leaving footprints on their moon.
Textbook science is beautiful! Textbook science is comprehensible, unlike mere fascinating words that can never be truly beautiful. Elementary science textbooks describe simple theories, and simplicity is the core of scientific beauty. Fascinating words have no power, nor yet any meaning, without the math.
The purpose of a moral philosophy is not to look delightfully strange and counterintuitive or to provide employment to bioethicists. The purpose is to guide our choices toward life, health, beauty, happiness, fun, laughter, challenge, and learning.
A scientist worthy of a lab coat should be able to make original discoveries while wearing a clown suit, or give a lecture in a high squeaky voice from inhaling helium. It is written nowhere in the math of probability theory that one may have no fun.
You cannot 'rationalize' what is not rational to begin with - as if lying were called 'truthization.' There is no way to obtain more truth for a proposition by bribery, flattery, or the most passionate argument - you can make more people believe the proposition, but you cannot make it more true.
There's a popular concept of 'intelligence' as book smarts, like calculus or chess, as opposed to, say, social skills. So people say that 'it takes more than intelligence to succeed in human society.' But social skills reside in the brain, not the kidneys.
If you want to maximize your expected utility, you try to save the world and the future of intergalactic civilization instead of donating your money to the society for curing rare diseases and cute puppies.
When you think of intelligence, don't think of a college professor; think of human beings as opposed to chimpanzees. If you don't have human intelligence, you're not even in the game.
Intelligence is the source of technology. If we can use technology to improve intelligence, that closes the loop and potentially creates a positive feedback cycle.
To be clever in argument is not rationality but rationalization.
I don't care where I live, so long as there's a roof to keep the rain off my books, and high-speed Internet access.
When something is universal enough in our everyday lives, we take it for granted to the point of forgetting it exists.
If our extinction proceeds slowly enough to allow a moment of horrified realization, the doers of the deed will likely be quite taken aback on realizing that they have actually destroyed the world. Therefore I suggest that if the Earth is destroyed, it will probably be by mistake.

Who is person today and how old is Eliezer Yudkowsky age, famous quotes