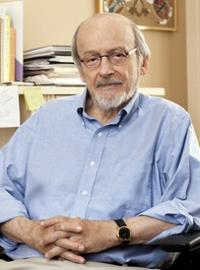 We're always attracted to the edges of what we are, out by the edges where it's a little raw and nervy.
Planning to write is not writing. Outlining, researching, talking to people about what you're doing, none of that is writing. Writing is writing.
It's like driving a car at night. You never see further than your headlights, but you can make the whole trip that way.
Writing is like driving at night in the fog. You can only see as far as your headlights, but you can make the whole trip that way.
The writer isn't made in a vacuum. Writers are witnesses. The reason we need writers is because we need witnesses to this terrifying century.
Writing is an exploration. You start from nothing and learn as you go.
Good writing is supposed to evoke sensation in the reader - not the fact that it is raining, but the feeling of being rained upon.
A period of time is as much an organising principle for a work of fiction as a sense of place. You can do geography, as Faulkner did, or you can dwell on a particular period. It provides the same framework.
The historian will tell you what happened. The novelist will tell you what it felt like.
Congress is so beholden to the money that any solution in the general interest will be frustrated and subverted by the corporate interests who feel they will be damaged by progress, fair play and justice.
I don't think anything I've written has been done in under six or eight drafts. Usually it takes me a few years to write a book. 'World's Fair' was an exception. It seemed to be a particularly fluent book as it came. I did it in seven months. I think what happened in that case is that God gave me a bonus book.
I have a number of vices, one of which is moderation.
When you're working well, you don't do research. Whatever you need comes to you.
Books are acts of composition: you compose them. You make music: the music is called fiction.
Like art and politics, gangsterism is a very important avenue of assimilation into society.
I get intrigued by a first lin and I write to find out why it means something to me. You make discoveries just the way the reader does, so you're simultaneously the writer and the reader.
In the twentieth century one of the most personal relationships to have developed is that of the person and the state. It's become a fact of life that governments have become very intimate with people, most always to their detriment.
Writing is a socially acceptable form of schizophrenia.
Here's how it goes: I'm up at the stroke of 10 or 10:30. I have breakfast and read the papers, and then it's lunchtime. Then maybe a little nap after lunch and out to the gym, and before I know it, it's time to have a drink.
I like commas. I detest semi-colons - I don't think they belong in a story. And I gave up quotation marks long ago. I found I didn't need them, they were fly-specks on the page.

Who is person today and how old is E.L. Doctorow age, famous quotes