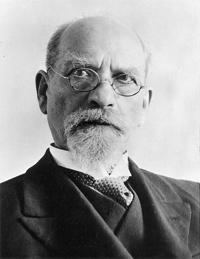 We would be in a nasty position indeed if empirical science were the only kind of science possible.
Within this widest concept of object, and specifically within the concept of individual object, Objects and phenomena stand in contrast with each other.
To begin with, we put the proposition: pure phenomenology is the science of pure consciousness.
In a few decades of reconstruction, even the mathematical natural sciences, the ancient archetypes of theoretical perfection, have changed habit completely!
Experience by itself is not science.
Pure phenomenology claims to be the science of pure phenomena. This concept of the phenomenon, which was developed under various names as early as the eighteenth century without being clarified, is what we shall have to deal with first of all.
What is thematically posited is only what is given, by pure reflection, with all its immanent essential moments absolutely as it is given to pure reflection.
In all the areas within which the spiritual life of humanity is at work, the historical epoch wherein fate has placed us is an epoch of stupendous happenings.
Psychologically experienced consciousness is therefore no longer pure consciousness; construed Objectively in this way, consciousness itself becomes something transcendent, becomes an event in that spatial world which appears, by virtue of consciousness, to be transcendent.
Natural objects, for example, must be experienced before any theorizing about them can occur.
Without troublesome work, no one can have any concrete, full idea of what pure mathematical research is like or of the profusion of insights that can be obtained from it.
At the lowest cognitive level, they are processes of experiencing, or, to speak more generally, processes of intuiting that grasp the object in the original.
To every object there correspond an ideally closed system of truths that are true of it and, on the other hand, an ideal system of possible cognitive processes by virtue of which the object and the truths about it would be given to any cognitive subject.
If all consciousness is subject to essential laws in a manner similar to that in which spatial reality is subject to mathematical laws, then these essential laws will be of most fertile significance in investigating facts of the conscious life of human and brute animals.
It just is nothing foreign to consciousness at all that could present itself to consciousness through the mediation of phenomena different from the liking itself; to like is intrinsically to be conscious.
The actuality of all of material Nature is therefore kept out of action and that of all corporeality along with it, including the actuality of my body, the body of the cognizing subject.
The ideal of a pure phenomenology will be perfected only by answering this question; pure phenomenology is to be separated sharply from psychology at large and, specifically, from the descriptive psychology of the phenomena of consciousness.
Philosophers, as things now stand, are all too fond of offering criticism from on high instead of studying and understanding things from within.
Something similar is still true of the courses followed by manifold intuitions which together make up the unity of one continuous consciousness of one and the same object.

Who is person today and how old is Edmund Husserl age, famous quotes