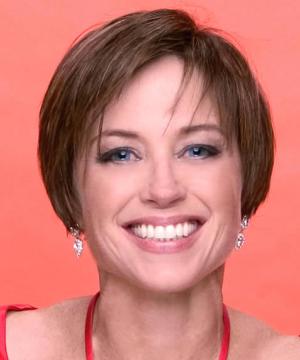 The mind is pretty powerful. In skating, you learn to click into that zone and focus not necessarily on what you're doing but if you're doing it well.
At times, I feel overwhelmed and my depression leads me into darkness.
It was very much like Norman Rockwell: small town America. We walked to school or rode our bikes, stopped at the penny candy store on the way home from school, skated on the pond.
I was passionate. I found something that I loved. I could be all alone in a big old skating rink and nobody could get near me and I didn't have to talk to anybody because of my shyness. It was great. I was in my fantasy world.
Everybody has to deal with tough times. A gold medal doesn't make you immune to that. A skater is used to falling down and getting up again.
I never really liked my short hair; it never occurred to me that people would want it.
I always had short hair, and I hated my short hair. I was always mistaken for a boy, but my mom wouldn't let me change my hair because she was always chasing me around with a hairbrush, and it was always tangled, so she just would cut it off, and she's right: short hair did suit me.
I always had the sense that nothing was never good enough - striving for perfection. My mother and I had a sort of typical mother-daughter relationship.
My family had a membership to the Riverside Yacht Club where my brother, Sandy, learned to sail, and I competed in local swim races. My sister, Marcia, became a competitive springboard diver, and my brother excelled in water polo.
You see the fairy tale - four minutes of glory at the Olympics. I thought my life would be cake after that.
I think Princess Diana probably had the most famous haircut, or Farrah Fawcett or Jennifer Aniston.
I wanted to learn how to skate backwards and they wouldn't help me and they went off and left me on my own.
I was a bratty little sister. I was the youngest of three, and I often felt as though I didn't fit in.
My legs are ice skaters' legs. No tan in sight.
Every time you go out on the ice, there are slight flaws. You can always think of something you should have done better. These are the things you must work on.
I was really a spoiled brat when I was a kid skating. Meals are cooked for you, you are driven to the rink, they make costumes for you. Your parents sit around and watch admiringly while you skate. You don't have to think about anything but skating. You're just plain spoiled.
In my teen years leading up to the Olympics, I loved having the excuse to skip out on parties because of skating. Partying wasn't my thing anyway. Mostly I hung out with other skaters. We were all buddies, so it's not like I missed out on socializing. I was really enjoying myself.
I used to have terrible tantrums. I was temperamental when I was younger. Actually, what I needed was a swift kick in the pants. What a brat!
Money is evil.
I was just ice skating. I had no concept of that. In those days you couldn't see the judges. I was this little person on the ice and they were just people that would stand around the boards.

Who is person today and how old is Dorothy Hamill age, famous quotes