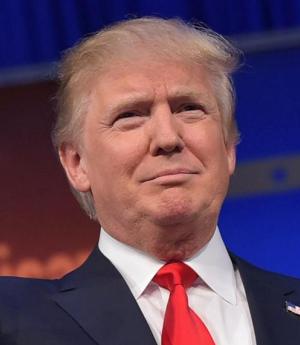 Sometimes by losing a battle you find a new way to win the war.
My whole life is about winning. I don't lose often. I almost never lose.
You know the funny thing, I don't get along with rich people. I get along with the middle class and the poor people better than I get along with the rich people.
With out passion you don't have energy, with out energy you have nothing.
If you're interested in 'balancing' work and pleasure, stop trying to balance them. Instead make your work more pleasurable.
One of the key problems today is that politics is such a disgrace, good people don't go into government.
When somebody challenges you, fight back. Be brutal, be tough.
It's not like I'm anti-China. I just think it's ridiculous that we allow them to do what they're doing to this country, with the manipulation of the currency, that you write about and understand, and all of the other things that they do.
I mean, there's no arguing. There is no anything. There is no beating around the bush. 'You're fired' is a very strong term.
Experience taught me a few things. One is to listen to your gut, no matter how good something sounds on paper. The second is that you're generally better off sticking with what you know. And the third is that sometimes your best investments are the ones you don't make.
So Bush certainly wasn't the greatest, and Obama has not done the job. And he's created a lot of disincentive. He's created a lot of great dissatisfaction. Regulations and regulatory is going through the roof. It's almost impossible to get anything done in the country.
I have an attention span that's as long as it has to be.
Private jets cost a lot of money.
Well, yes, I've fired a lot of people. Generally I like other people to fire, because it's always a lousy task. But I have fired many people.
People might not think that, but the Republicans have all of the cards. And this is the time to get rid of Obamacare. This is the time to make the great deal.
I think Les Moonves is the most highly overrated person in television.
It's always good to be underestimated.
I have made the tough decisions, always with an eye toward the bottom line. Perhaps it's time America was run like a business.
Do you mind if I sit back a little? Because your breath is very bad.
Love him or hate him, Trump is a man who is certain about what he wants and sets out to get it, no holds barred. Women find his power almost as much of a turn-on as his money.

Who is person today and how old is Donald Trump age, famous quotes