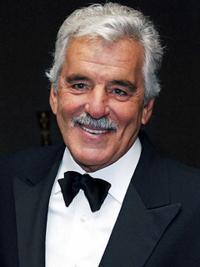 I think first impressions are important when you pick up a script.
When I was a kid going to the movies, we'd go because Bogart was in the movie, or Cagney, or John Wayne. We didn't know what the story was about or anything.
As far as carrying the American banner, you just do what's right for the kids.
The British have slang words, as we do, but it was fun.
Usually you're in movies with a lot of dissolves and things, but this was kind of quick, more jarring than usual. I thought it would be fun to be in a movie that's unconventional. Then I met Guy and I liked him. I think he's a good man.
I've tried writing. Two days later I'd go visit it and say, Jesus Christ, who wrote this crap?
You can change a person's life in an instant; put him in a movie, and you start thinking differently, you want to be in another movie. It's like an addiction almost.
I have a home in Arizona. I go a couple months a year, but basically Chicago is my home.
I think all actors are supposed to be character actors.
There's a whole catalogue of actors that never went to acting school.
Do whatever you're directed to do, and leave the rest of that technical stuff up to the director.
I don't know if I have a technique. I'm just trying to remember the words.
I don't like to be talked into anything. I don't want to be cajoled.
I learned a long time ago: You're in the entertainment business. You're not in the reality business. One has absolutely nothing to do with the other.
I love England and the historical aspect of it.
The cast was huge, but I never saw anybody.
This generation of filmmakers is very good. They're seasoned, for some reason.
Vince or Brad or Benicio would say, Maybe we should try this, and Guy was open to changes.
What you do as a policeman might be the right thing to do, but it's not entertaining. I left that behind me.
You can't act for the editing. You just go in and do the scene the way you think is right.

Who is person today and how old is Dennis Farina age, famous quotes