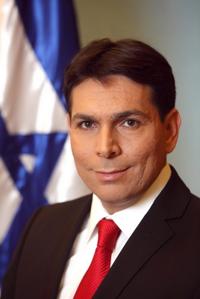 The arrival of thousands of Muslim infiltrators to Israeli territory is a clear threat to the state's Jewish identity. The refugees' place is not among us, and the initiative to transfer them to Australia is the right and just solution.
Abbas is on his way to becoming a professor of terrorism. After denying the Holocaust in his doctoral thesis, he now claims that Hamas is not a terrorist organization.
I understand the importance of political power, so I will use my strength and influence to convince as many people as I can within the party and outside the party that a Palestinian state is bad news for Israel.
Israel must take decisions that are good to Israel. We must not try to satisfy anyone else, including our closest ally, the United States of America.
The dissolution of the Oslo Accords would serve as the official act validating what we already know - that this failed framework is totally irrelevant in 2013.
The P.L.O., and later the Palestinian Authority, never truly accepted that Israel, as the national state and homeland of the Jewish people, was here to stay.
When we see a lack of leadership coming from the White House, that's what brings leaders in Turkey to attack Israel the way they do. When we see a lack of leadership coming from the White House, that's why we see the leader of Iran... continuing to build the nuclear reactors.

Who is person today and how old is Danny Danon age, famous quotes