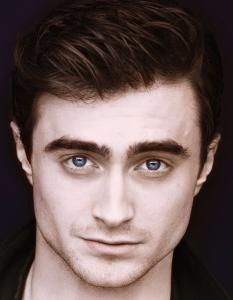 My idea of relaxation is not lying down by a beach. I have to move around, do stuff. Though I'm a massive quiz show person.
I'm possibly a very morbid person but I think about death a lot.
I'm not clumsy, I'm just accident prone.
Shyness displays itself differently in me. I think it's more an awkwardness.
People do incredible things for love, particularly for unrequited love.
As an actor, there is room for a certain amount of creativity, but you're always ultimately going to be saying somebody else's words. I don't think I'd have the stamina, skill or ability to write a novel, but I'd love to write short stories and poetry, because those are my two passions.
I'm never going to be in something as commercially successful as 'Harry Potter' ever again. It's impossible. So that gives me incredible freedom to go off and make the slightly off-the-wall films that I want to make.
I know I'm not a coal miner, but I do long hours and I never complain, and there is nowhere else I'd rather be. So, yeah, that's how I'd define myself. I want to do it right, and prove people wrong once and for all about the myth of child stars.
No. I am not a royalist. Not at all. I am definitely a republican in the British sense of the word. I just don't see the use of the monarchy though I'm fierce patriot. I'm proud proud proud of being English, but I think the monarchy symbolizes a lot of what was wrong with the country.
When you're in the position I'm in, you have two options: you can either shut yourself off from everybody, from the world, and not live a full life. Or you welcome everybody into your life and occasionally somebody will try to take advantage. And I'd much rather be that person who lets people in.
It's mainly about working hard and proving to people you're serious about it, and stretching yourself and learning. The mistake a lot of actors make, particularly young ones, is allowing themselves to feel that they're the finished articles, the bee's knees, and it's not true.
My dad grew up in Banbridge, Northern Ireland, desperate to get to London. I grew up in London, so I don't know what it's like to yearn for the big city from a small town.
I'm also a fan of ridiculously coloured and patterned socks.
There is something inherently valuable about being a misfit. It's not to say that every person who has artistic talent was a social outcast, but there is definitely a value for identifying yourself differently and being proud that you are different.
I'm an atheist, but I'm very relaxed about it. I don't preach my atheism, but I have a huge amount of respect for people like Richard Dawkins who do.
I think one of my favorite things to do is just lock myself up in a small room and listen to music and watch films for a day. Also I just like seeing my friends. We have pizza parties which means I get four friends round, we eat a pizza and we're really lazy and we play PlayStation.
And I'm slightly in love with Scarlett Johansson: she's just stunning. And she's bright, which is incredibly sexy.
A friend often says I'm an old man in a young man's husk. I like that. I am old-fashioned in some ways.
I see myself doing Harry Potter films as long as I'm enjoying it and as long as they are going to challenge me as an actor. I want to be an actor - it's my aspiration - so I want to do other films. I want to write something and I want to direct something!
I'm not much of a cake person.

Who is person today and how old is Daniel Radcliffe age, famous quotes