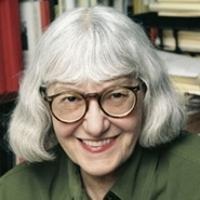 An article can be timely, topical, engaged in the issues and personalities of the moment; it is likely to be stale within the month. In five years, it may have acquired the quaint aura of a rotary phone. An article is usually Siamese-twinned to its date of birth.
An essay is a thing of the imagination. If there is information in an essay, it is by-the-by, and if there is an opinion, one need not trust it for the long run. A genuine essay rarely has an educational, polemical, or sociopolitical use; it is the movement of a free mind at play.
In an essay, you have the outcome in your pocket before you set out on your journey, and very rarely do you make an intellectual or psychological discovery. But when you write fiction, you don't know where you are going - sometimes down to the last paragraph - and that is the pleasure of it.
In books, as in life, there are no second chances. On second thought: it's the next work, still to be written, that offers the second chance.
Hebrew in America has a bemusing past. The Puritans, out of scriptural piety, once dreamed of establishing Hebrew as the national language.
Traveling is seeing; it is the implicit that we travel by.
The novelist's intuition for the sacred differs from the translator's interrogation of the sacred.
Early in the 1990s, I flew alone in a dandelion-yellow, single-engine, 180-horsepower Piper Cherokee from Westchester County Airport in New York westward to the Rocky Mountains, landing and refuelling a good many times in middle-sized cities and towns along the way.
Profound subject matter can be encompassed in small space - for proof, look at any sonnet by Shakespeare!
In 1952, I had gone to England on a literary pilgrimage, but what I also saw, even at that distance from the blitz, were bombed-out ruins and an enervated society, while the continent was still, psychologically, in the grip of its recent atrocities.
There was a period... when I used to say, with as much ferocity as I could muster, 'I hate Henry James, and I wish he was dead.' Influence is perdition.
After a certain number of years, our faces become our biographies.
No one can teach writing, but classes may stimulate the urge to write. If you are born a writer, you will inevitably and helplessly write. A born writer has self-knowledge. Read, read, read. And if you are a fiction writer, don't confine yourself to reading fiction. Every writer is first a wide reader.
In saying what is obvious, never choose cunning. Yelling works better.
The engineering is secondary to the vision.
I think a fictional invention grows according to its own development, not the author's. Characters in fiction are not simply as alive as you and me, they are more alive. Becky Sharp, Elizabeth Bennett, and Don Quixote may not outlive the burning out of the sun, but they will certainly outlive the brief candle of our lives.
I think about fanaticism - oblivion awaits, especially for minor writers, so you have to be a fanatic; you have to be a crank to keep going, but on the other hand, what else would you do with the rest of your life? You gotta do something.
My first encounter with James was when I was seventeen. My brother brought home from the public library a science fiction anthology, which included 'The Beast in the Jungle.' It swept me away. I had a strange, somewhat uncanny feeling that it was the story of my life.
Auden is a poet - no, the poet - of unembarrassed intellect. Ideas are his emotions, emotions are his ideas.
I had the idea in my twenties that a writer could immediately become the late Henry James. Henry James himself had to mature. Even Saul Bellow did.

Who is person today and how old is Cynthia Ozick age, famous quotes