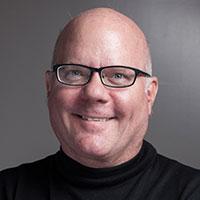 Charles Darwin and I and you broke off from the family tree from chimpanzees about five million years ago. They're still our closest genetic kin. We share 98.8 percent of the genes. We share more genes with them than zebras do with horses. And we're also their closest cousin. They have more genetic relation to us than to gorillas.
Caltech is a very adventurous place. Part of the culture is that we tolerate people doing things that seem impossible, and also synthesizing and borrowing ideas across very kooky and unusual boundaries.
Game theory is a branch of, originally, applied mathematics, used mostly in economics and political science, a little bit in biology, that gives us a mathematical taxonomy of social life, and it predicts what people are likely to do and believe others will do in cases where everyone's actions affect everyone else.
It's like simulating earthquakes: we can over and over study a bubble, crash, bubble, crash. Then we can see mathematically if there's some regular pattern and what's going on in people's brains when prices are going up and before the crash is happening.
We see that hyperactivity and reward areas are important when the bubble's rising. People getting caught up in it. We also see areas involving mentalizing, which means thinking about other people: Who's buying? Who's selling? Do they know something? We see emotional areas before the crash that indicate a sense of uncertainty or dread.

Who is person today and how old is Colin Camerer age, famous quotes