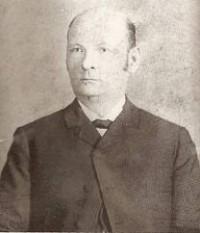 I am aware that my name has been connected with all the bank robberies in the country; but positively I had nothing to do with any one of them. I look upon my life since the war as a blank, and will never say anything to make it appear otherwise.
I have been wounded altogether twenty times; eleven of these wounds were received at Northfield.
I never, in all my life, had anything whatever to do with robbing any bank in the state of Missouri.
I occupy much of my time in theological studies for which I have a natural inclination.
I want it understood that all these men fought for principle, not for plunder, and that they were true-hearted, honorable soldiers, fighting for what they esteemed was a righteous cause.
I will say that since our capture we have met with uniform kindness, and while in the penitentiary our relations with the officers have been cordially pleasant, and for their considerate and kind disposition we feel profoundly grateful.
Jim and I are still receiving surgical attention, and will be the remainder of our lives.
Joe Smith and Brigham Young laid out Independence, but very soon thereafter enough citizens of the county collected to drive them off, after several stubborn fights.
The people of western Missouri are, in some respects, very peculiar. We will take Jackson county where I was born for instance. In that section the people seemed to be born fighters, the instinct being inherited from a long line of ancestors.
The world may believe as it pleases.
They had scarcely established themselves, however, before another company of Jackson county citizens, chiefly from around Independence, organized to drive them off.

Who is person today and how old is Cole Younger age, famous quotes