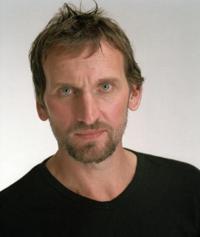 I love my accent, I thought it was useful in Gone In 60 Seconds because the standard villain is upper class or Cockney. My Northern accent would be an odd clash opposite Nic Cage.
I think the themes of belonging and parentage and love are obviously universal.
Lots of middle class people are running around pretending to be Cockney.
Often as a child you see someone with a learning disability or Down's Syndrome and my mum and dad were always very quick to explain exactly what was going on and to be in their own way inclusive and welcoming.
The money is better in films and television. But in terms of acting, theatre is more rewarding.
We all need a firm sense of identity.
I think theatre is by far the most rewarding experience for an actor. You get 4 weeks to rehearse your character and then at 7:30 pm you start acting and nobody stops you, acting with your entire soul.
Many times I've sat with a camera and another actor and seen all their fears and insecurities and struggles. You want to support them and help them as much as you can.
I don't see a lot of films. I'm quite choosy, but there's certain films that stick out.
Any horror element is as much psychological as special effects.
I had bags of energy as a kid.
I heard the various terms of abuse at school and probably indulged them in the way you do as a kid.
I love Dead Ringers. A democratic set, the work was taken seriously.
I only ever worked on interiors, and an interior is an interior. I don't know what they did about exteriors.
I've never been up with the times, always been slightly out of step.
It can be very difficult to trace your birth parents.
I don't like to watch playback. But being on the set, watching the way the camera is being moved and the way the light is being used, you do get an idea of it.
I got a tiny part in a play, auditioned for another one and got that as well. Not only that, the first finished on the Saturday and the other started on the Monday which is like an actor's dream!
On The Others, very atmospheric and probably mysterious is how I would say it felt to be on the set. It felt just a little uneasy, the atmosphere that we were trying to capture.
Television, although It's in steep decline, still occasionally gives voices to people who don't have voices.

Who is person today and how old is Christopher Eccleston age, famous quotes