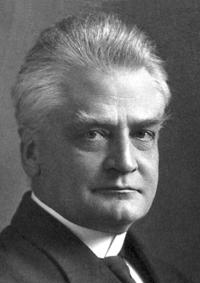 All species capable of grasping this fact manage better in the struggle for existence than those which rely upon their own strength alone: the wolf, which hunts in a pack, has a greater chance of survival than the lion, which hunts alone.
Within each such social group, a feeling of solidarity prevails, a compelling need to work together and a joy in doing so that represent a high moral value.
The idea of eternity lives in all of us. We thirst to live in a belief which raises our small personality to a higher coherence - a coherence which is human and yet superhuman, absolute and yet steadily growing and developing, ideal and yet real.
Today we stand on a bridge leading from the territorial state to the world community. Politically, we are still governed by the concept of the territorial state; economically and technically, we live under the auspices of worldwide communications and worldwide markets.
Modern techniques have torn down state frontiers, both economical and intellectual. The growth of means of transport has created a world market and an opportunity for division of labor embracing all the developed and most of the undeveloped states.
It is against this concept of the sovereign state, a state isolated by protectionism and militarism, that internationalism must now engage in decisive battle.
The theoretically unrestricted right to develop power, to wage war against other states, is antisocial and is doubly dangerous, because the state as a mass entity represents a low moral and intellectual level.
Hand in hand with nationalist economic isolationism, militarism struggles to maintain the sovereign state against the forward march of internationalism.
Internationalism is a social and political theory, a certain concept of how human society ought to be organized, and in particular a concept of how the nations ought to organize their mutual relations.
Technology is a useful servant but a dangerous master.
On the contrary. Internationalism also recognizes, by its very name, that nations do exist. It simply limits their scope more than one-sided nationalism does.
Militarism is basically a way of thinking, a certain interpretation of the function of the state; this manner of thinking is, moreover, revealed by its outer forms: by armaments and state organization.
Concord, solidarity, and mutual help are the most important means of enabling animal species to survive.
Every time economic and technical development takes a step forward, forces emerge which attempt to create political forms for what, on the economic-technical plane, has already more or less become reality.
Internationalism on the other hand admits that spiritual achievements have their roots deep in national life; from this national consciousness art and literature derive their character and strength and on it even many of the humanistic sciences are firmly based.
But teleological considerations can lead no further than to a belief and a hope. They do not give certainty.
Earlier ages fortified themselves behind the sovereign state, behind protectionism and militarism.
For the state by its nature claims sovereignty, the right to an unlimited development of power, determined only by self-interest. It is by nature anarchistic.
In particular, the efforts to reestablish peace after the World War have been directed toward the formation of states and the regulation of their frontiers according to a consciously national program.
Internationalism is a community theory of society which is founded on economic, spiritual, and biological facts. It maintains that respect for a healthy development of human society and of world civilization requires that mankind be organized internationally.

Who is person today and how old is Christian Lous Lange age, famous quotes