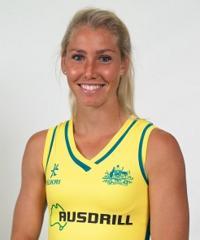 My hockey comes first compared to everything else.
I always wanted to be known as the girl who was good at hockey rather than the girl you see in magazines.
Hockey should have some appeal. It's a good game in that is full of action, very quick, and it can be high-scoring.
I know netball is the number one female sport in Australia, but hockey also offers a lot.
I still feel like the same girl who grew up in Albion Park. I'm such a family girl. I haven't changed.
My grandfather's death was really hard to deal with.
Unfortunately, there are not many people in the world who get to experience the Olympic Games.

Who is person today and how old is Casey Eastham age, famous quotes