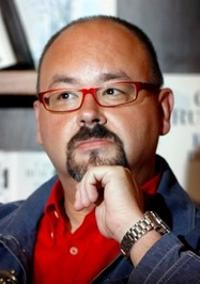 Mention the gothic, and many readers will probably picture gloomy castles and an assortment of sinister Victoriana. However, the truth is that the gothic genre has continued to flourish and evolve since the days of Bram Stoker, producing some of its most interesting and accomplished examples in the 20th century - in literature, film and beyond.
The haunting of history is ever present in Barcelona. I see cities as organisms, as living creatures. To me, Madrid is a man and Barcelona is a woman. And it's a woman who's extremely vain.
Barcelona is a very old city in which you can feel the weight of history; it is haunted by history. You cannot walk around it without perceiving it.
I spend a lot of time in L.A., and when it rains there you get the entire rainfall for the year in two days, raindrops the size of mangoes. And in Barcelona, the Mediterranean storms come up from the sea, thunder and lightning; it's like the end of the world.
The Cemetery of Forgotten Books is like the greatest, most fantastic library you could ever imagine. It's a labyrinth of books with tunnels, bridges, arches, secret sections - and it's hidden inside an old palace in the old city of Barcelona.
The Cemetery of Forgotten Books is a metaphor, not just for books but for ideas, for language, for knowledge, for beauty, for all the things that make us human, for collecting memory.
I've always thought that we are what we remember, and the less we remember, the less we are.
Shirley Jackson's writings are a must for aficionados of the gothic and of good literature.
The success of 'The Shadow of the Wind' made me very happy, but it did not change my perspective or the way I was.
There are two things that I cannot live without: music and books. Caffeine isn't dignified enough to qualify.
When 'The Shadow of the Wind' became a success I had already been a working writer, I'd been through the ups and downs, I'd seen how it worked.
I am a curious creature and put my finger in as many cakes as I can: history, film, technology, etc. I'm also a freak for urban history, particularly Barcelona, Paris and New York. I know more weird stuff about 19th-century Manhattan than is probably healthy.
I'm fascinated by the period that goes from the Industrial Revolution to right after World War II. There's something about that period that's epic and tragic.
I'm interested in everything. I don't see why Borges can't work along with Neil Gaiman, or Stephen King can't be mixed with Balzac. It's just storytelling; it's different ways of using codes and images and words and sounds.
My childhood was surrounded by books and writing. From a very early age I was fascinated by storytelling, by the printed word, by language, by ideas. So I would seek them out.
I've always ignored the labels people put on things.
With 'The Angel's Game', there was a lot of pressure from the expectations - expectations from the book industry and from readers; it's natural.
I always had this childhood image in the back of my mind of this fantastic place where all the things I liked came from; Orson Welles, jazz, all that stuff. Los Angeles is one of those places where somebodies become nobodies and nobodies become somebody.
I'm a voracious reader, and I like to explore all sorts of writing without prejudice and without paying any attention to labels, conventions or silly critical fads.
In Los Angeles you get the sense sometimes that there's a mysterious patrol at night: when the streets are empty and everyone's asleep, they go erasing the past. It's like a bad Ray Bradbury story - 'The Memory Erasers'.

Who is person today and how old is Carlos Ruiz Zafon age, famous quotes