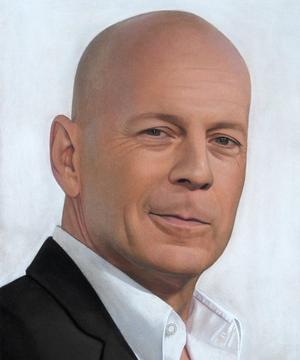 Art imitates life and, sometimes, life imitates art. It's a weird combination of elements.
My wife heard me say I love you a thousand times, but she never once heard me say sorry.
You can't undo the past... but you can certainly not repeat it.
Too many children in foster care are falling through cracks. Be a hero, take the time learn about adoption today.
Violence - look, we live in a violent world, man. This country was founded on violence. Who's kidding who?
I wake up laughing. Yes, I wake up in the morning and there I am just laughing my head off.
But the action film genre is gonna have to come up with some new bad guys.
When you think about where are you going to find that big love of your life, you seldom think it's someone you already know. You think it's someone you're yet to meet.
I'm really just a regular guy who has had an incredibly blessed life.
I just have more fun when I get to try new things - and the action film genre has kind of painted itself into a corner, copied itself so many times and it has basically run out of bad buys.
I mean, look, I wear makeup in films. I don't wear makeup in real life. It's just part of the gig, that's all.
On the one hand, we'll never experience childbirth. On the other hand, we can open all our own jars.
There was a lot of dancing in '76, '78, in the '80s. A lot of dancing. The burn years. A lot of dancing. And for a while, working fit in with all that. 'Moonlighting' - that wasn't acting. It was people telling me 'Let's create a character who is you, so you can play him the way you are. The guy you are at night.' It was fun.
I just try to go to work, and concentrate on coming home to my girls.
I believe in justice, and I believe in people being held responsible for their actions.
Hair loss is God's way of telling me I'm human.
They look right. And you move left.
If you take guns away from legal gun owners, then the only people who would have guns would be the bad guys. Even a pacifist would get violent if someone were trying to kill him or her. You would fight for your life, whatever your beliefs.
I'm staggered by the question of what it's like to be a multimilionaire. I always have to remind myself that I am.
After I did the first Die Hard I said I'd never do another, same after I did the second one and the third. The whole genre was running itself into the ground.

Who is person today and how old is Bruce Willis age, famous quotes