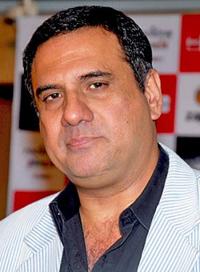 Nothing was planned in my career. I just went with the flow and took everything that came to me. Selling potato chips was obvious, as it was a family business. When friends suggested I should try theatre, I gave it a shot. Then I did a lot of advertisements, and then movies happened.
I don't mind being identified as any character as long as I'm doing a good job as an actor. I have done all kinds of roles - from an editor, judge, police officer, murderer to a corrupt businessman.
To find one's calling is perhaps not the easiest thing in the world, but probably the most important.
My theory is children don't do what you tell them to do, they do what you do. You have to always do the right thing because they follow you.
I was overjoyed when I was offered the title role in 'Well Done Abba.' I was ready for the role even before I heard the story because you don't ask questions when it is Shyam Benegal's film. It is the chance of a lifetime.
I just love to work and spend time with my family. And that's the reason I don't look at the length of the role, but what it has to offer me.
Fear is one thing that can ruin everything. It's the greatest problem.
I am very proud to be a part of '3 Idiots,' and happy that the character has worked in a big way.
One can understand a person by the way he removes his wallet and puts his hand to take out money.
I like the cold; I don't have problem with cold, and I don't have problem with rain either, as long as people are smiling. You know, early in my career, I used to wonder about this fan frenzy, but now I realize that there is genuine love, respect and affection, which makes me very proud to be an actor.
I'm an actor, and I don't look at myself as providing comic relief. I have done diverse and dark roles such as a psycho, murderer, and others in films such as 'Don', 'Eklavya' and '3 Idiots.'
It used to bug me that I couldn't even afford to take my family for a proper holiday. I didn't have any professional knowledge, and getting a photographer's job in a magazine was out of the question. So, armed with a Pentax K1000, I started going to various maidans of Mumbai, looking for subjects.
Sometime you go out and you wonder why these people are standing in the rain, and then you realize that years ago you were a fan, too. I, too, was chased by cops for watching my favourite celebrities.
Chilli ice cream doesn't taste bad. But I wouldn't eat it again.
For me, a director is a director immaterial of the gender. At the end of the day, the audience is only interested in watching a good film.
I don't have a father, but my kids tell me every day that they love me... even when I am not in my best mood.
I'm not a hero or a superstar. I'm an everyday guy. I feel happy when children approach me. I feel that something good is happening in life when little kids recognise me.
Once, Naseeruddin Shah told me that the wafer shop was the best acting school that I could have attended. And I completely agree. I observed every customer very minutely and picked up some quirk or the other. Later, I used those experiences while playing different characters.
Shyam Benegal has found a lovely voice in this film. We've all seen the kind of cinema he's come up with over the years. His films like 'Mandi,' 'Manthan,' 'Sooraj Ka Saatvan Ghoda' all have revolutionised the face of Indian cinema. And in 'Well Done Abba,' he has once again found a relevant subject, which even youngsters can relate with.
Very few movies remain in public memory as landmark films, and I want to see whether '3 Idiots' will be up there with some of the wonderful films that have come out of this country... Hopefully, we'll come to know in a few years whether it can become one of the great films.

Who is person today and how old is Boman Irani age, famous quotes