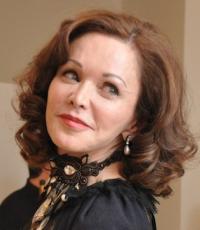 Of course the barbarians' aim of world domination has not escaped the attention of the Europeans, perhaps because unlike us they are closer to the walls.
All share complicity in the destruction of that much under-rated phenomenon called liberty.
There are, of course, all sorts of other unpleasant regimes outside the walls as well - the military dictators of Latin America and the apartheid regime of South Africa.
They are feeding the world that will devour them and their children.
Totalitarianism is feudalism in the twelfth century sense of the word.
Dictatorships do cut down on rape, and pillage, not to mention sexual harassment, by the simple expedient of sending people to labour camps for life or cutting off their hands without a trial.
Among those people lucky enough, if you will, to have actually been brought to trial as a political prisoner, several historians have said there has not been one acquittal since the Bolshevik Revolution.
Our society is not perfect and this will come as no surprise to many of you.
The same liberty that protects me also protects members of the Mafia.
The interests of the Soviet Union are in controlling highly developed countries and having the benefit of their economies so that they can run their own inefficient empire.
It is not empty rhetoric to talk of the Free World.
It did not occur to us that the Marxists' solution was fraudulent or that their vision was distorted, that whatever the wrongs in our society it was not the ideology of theirs that will cure them.
Outside the walls, among others, is the Soviet Empire. It is malevolent, destructive and expanding. It has swallowed up over half a dozen countries since World War II.
Since Europe is dependent on imports of energy and most of its raw materials, it can be subdued, if not quite conquered, without all those nuclear weapons the Soviets have aimed at it simply through the shipping routes and raw materials they control.
There is sometimes a peculiar confusion in the West that equates progress to whatever is recent or whatever is new, and it is time we understood that progress has nothing to do with the chronology of an idea.
When faced with the inevitable fatigue that comes with the recycling of speeches and the recycling of thoughts in a rather small stream of vortex, I am urged to not be ashamed of recycling.
Here in Canada, in the Western world, we are inside the walls. Outside the walls are the barbarians.
By now it is evident that the Soviet Union must gain control of Europe to maintain its empire.
In a free world there is, alas, more common crime than in a dictatorial system.
Only a free West can help the prisoners of today's left- and right-wing dictatorships.

Who is person today and how old is Barbara Amiel age, famous quotes