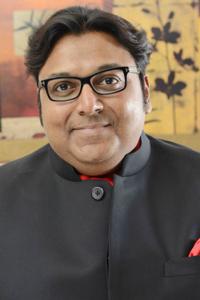 It may sound very strange, but I love the freedom that writing a novel gives me. It is an unhindered experience. If I come after a bad day, I can decide that my protagonist will die on page 100 of my novel in a 350-page story.
If there is one city apart from Mumbai where I would love to settle down, it has to be Chennai.
What I have found is that, in a family business structure, sometimes what is needed is a sense of discipline rather than creativity. You have to take everyone's ideas and make it work. When you are dealing with money, there is a limitation on how creative you can be.
I have always been a bit of an introvert. In fact, my dad used to force me to meet people so that my interpersonal skills improve. As an individual, I was happiest when left alone.
Write when drunk. Edit when sober. Marketing is the hangover.
It is not history, theology or mythology that interest me. It is the fact that history, theology or mythology could have alternative interpretations or explanations. I try to connect the dots between the past and the present.
The relationship between critic and writer is similar to the one between the pigeon and the statue.
I must admit that i am fascinated by the glories of ancient India. But when will the purveyors of Indian culture realise that not everything about our past was glorious?
Writing is incidental to my primary objective, which is spinning a good yarn. I view myself as a storyteller more than a writer. The story - and hence the extensive research that goes into each one of my books - is much more important than the words that I use to narrate it.
It is no secret that I have read 'The Da Vinci Code' several times. I genuinely believe that 'The Da Vinci Code' and 'Angels And Demons' are, by far, Brown's best works.
After preliminary research, I zero in on an idea, and then I spend at least four months exploring the topic and in plot-building. I jot down every single detail of the plot as bullet points per chapter, and only when the skeleton is complete do I start writing.
I am a businessman at the end of the day. I have grown up with Excel sheets. I start out writing my novel with spreadsheets and the milestones in each chapter highlighted.
I believe that patterns tend to repeat themselves and there are connections between the past and the present. There is the old proverb that reads, 'You can't know where you're going if you don't know where you've been'. For me, history is like that. When you take history and combine it with myth, then you get mystery.
I would imagine that anyone picking up a book written by me would expect a fast-paced story that requires minimal effort to turn the pages. The reader would also be looking for some out-of-the-ordinary revelations along the way. At the end of the day, I'm a writer who simply loves revealing stuff that is out-of-the-ordinary.
Writing is a intensely personal activity. I can pen down my best thoughts when I'm alone. But when one is elevated into the stature of an author, you have to think about your books in terms of their business angle.
In Kolkata is a temple where the deity worshipped is Amitabh Bachchan. The daily aarti is performed to the chanting of the Amitabh Chaleesa. And people still ask, 'Could our mythological heroes be based on actual people who once lived?'
I like to joke that I probably hold the world record for rejection letters. Yes, the truth is that I was fed up of being rejected repeatedly, and self-publication was an act of defiance at traditional publishing. But life works in strange ways.
What is divine? It is simply that which man has not been able to understand. Once you do, it loses its divinity.
Humankind would improve if we concentrated less on being human and more on being kind.
Of all the writers I have read, Vladimir Nabokov has made the biggest impression on me because he, despite living through the 1917 February Revolution, forced exile amidst the anti-Semitism in Nazi Germany, the two World Wars and quite a lot of controversy, was an author who never gave up.

Who is person today and how old is Ashwin Sanghi age, famous quotes