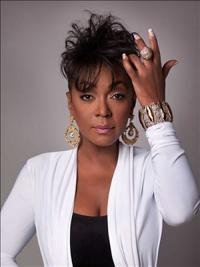 Completeness? Happiness? These words don't come close to describing my emotions. There truly is nothing I can say to capture what motherhood means to me, particularly given my medical history.
If I could be doing anything, I'd be laying on the floor in my birthday suit eating junk food and watching something dumb on TV.
You leave home to seek your fortune and, when you get it, you go home and share it with your family.
I made numerous attempts to find a way to do it all, to be a creative singer, songwriter, producer, and to be the mother, daughter, sister, lover, wife. And the thing about music is, with me, that she's a harsh mistress. She does not come to me in the midst of stress.
Chris Brown is brilliant. That cat is crazy brilliant, and I wish him the best.
My father worked on assembly lines in Detroit while I was growing up. Every day, I watched him do what he needed to do to support the family. But he told me, 'Life is short. Do what you want to do.'
We don't do drugs, drink or use profanity. Instead we instill morals and values in my boys by raising them with a love of God and a love and respect for themselves and all people. I believe they will have a chance.
As soon as you get off stage, that's the most dangerous time for a singer to kiss people because your vocal chords are receptive to any kind of germ.
Applause felt like approval, and it became a drug that soothed the pain, but only temporarily.
I think there's no sacrifice too great for family, whether it's career, singing, whatever.
I don't think being black has held me back at all. Being black makes you strong.
I'm picking and choosing in terms of the stress factor. If it's not fun, I'm not going to do it.
I don't let people use me. That's why I like a small number of people in my life. The more people in my life, the more complex it becomes, so I just try to keep it at a minimum.
If you have your own agenda and your own style and you don't easily conform to what the masses are doing, you're looked upon as being difficult. Whereas, I think of it as just being an individual.
Oh my goodness, they are rocking so many variations of my high-top fade. I mean, Rihanna has taken it to a very angular 21st Century thing. Miss Fantasia has it in a very seductive, you know, up-flip, and it's just lovely, right? Oh, I think it's wonderful.
Historically, in my generation, all of my heroes and heroines have had issues and problems. We all do.
I need my career. That's what validates me.
I used to sing at funeral homes for families that didn't have a vocalist. I didn't get paid. I needed to sing.
I would make far more money if every song were my own, but I don't write to fill up the album with my songs.
I would say that my peak was making my first million at the ripe age of 29, after the first album.

Who is person today and how old is Anita Baker age, famous quotes