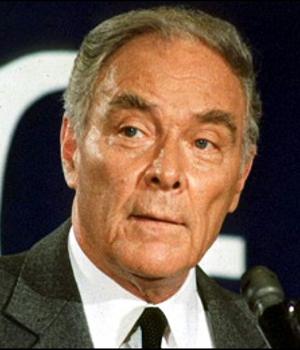 Practice rather than preach. Make of your life an affirmation, defined by your ideals, not the negation of others. Dare to the level of your capability then go beyond to a higher level.
We didn't do anything wrong, but among the lessons learned, given the magnitude of the problems we now face in Afghanistan, a major U.S. force on the ground would convince the world we were in for the long-haul recovery of a country devastated by 21 years of warfare.
As of now, I am in control here in the White House.
To declare the Cold War over, and declare democracy has won out over totalitarianism, is a measure of arrogance and wrong-headedness.
As I look back at the span of the Cold War in those early days, in the '50s, for example, there was a great deal of Soviet propaganda here in the United States, but it was clumsy, and it was anchored to a lot of ideological support in certain circles in America itself.
I wasn't happy with the outcome in Vietnam. Now, I've never said that, but, you know, I'm getting to an age where I think I'd better start saying it... And I don't mean that to sound that I'm being critical of somebody or blaming somebody.
The warning message we sent the Russians was a calculated ambiguity that would be clearly understood.
You have to look at the history of the Middle East in particular. It has been one of failure and frustration, of feudalism and tribalism.
Let them march all they want, as long as they continue to pay their taxes.
If they analyze the situation as thoroughly as they should, Muslims will realize they are the first targets. What are the fundamentalists really after? Simply taking over Islam and then turning its back on modernity.
Sooner or later something had to give. But President Bush, faced with the unprecedented affront of 9-11, could not wait to take action. So he had to do what we were capable of doing, and he did it brilliantly.
Syria is a terrorist state by any definition and is so classified by the State Department. I happen to think Iran is too. Iraq, Iran, Syria, they're all involved.
You know, it's very clear, as one looks back on history again of the Cold War that, following the crisis in Cuba, following the Khrushchev - beating down of Jack Kennedy in Vienna, that President Kennedy believed that we had to join the battle for the Third World, and the next crisis that developed in that regards was Vietnam.
I started out as a Cold Warrior, even my last years in grade school.
I think that perhaps the classic propagandists of the - in the Second World War was Winston Churchill. He was extremely skilled and adept at it.
I think the new generations in America, the America's youth, no longer care about Vietnam. They don't want to hear any more about it.
I'm the only American alive or dead who presided unhappily over the removal of a vice president and a president.
We didn't lose Vietnam. We quit Vietnam.
A durable, long-term U.S.-China strategic relationship is even more important now than in previous decades. The relationship will continue to grow and prosper to the mutual benefit of all peoples.
It didn't take long for the world to realize that the Shah was an enlightened liberal next to the bloody reactionary regime that followed, and which executed more people in three months than the Shah had done in 30 years.

Who is person today and how old is Alexander Haig age, famous quotes