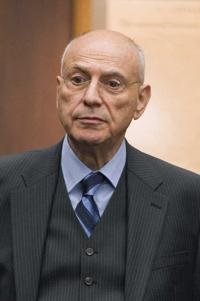 I love working if it's with people who are capable of having a good time. People with a little bit of enjoyment of what they do. If it's enormous pressure, and people feel that their lives are at stake, then it's agony. So I try to pick projects where I feel like I'm going to avoid those traps.
I did a couple of movies in Brazil, and the actors were incredibly congenial and hung out together a lot. Even the biggest stars would do radio commercials - they're not put on a pedestal like they are in the United States.
You have to think of your career the way you look at the ocean, deciding which wave you're gonna take and which waves you're not gonna take. Some of the waves are going to be big, some are gonna be small, sometimes the sea is going to be calm. Your career is not going to be one steady march upward to glory.
No matter what you do or where you are, you're going to be missing out on something.
I love insane, stupid comedy, but I can only make it work if it's a character I can give some history to and make real. Like the guy I played in 'Little Miss Sunshine.' He's a maniac, but to me he was absolutely believable.
But one of the things I learned from improvising is that all of life is an improvisation, whether you like it or not. Some of the greatest scientific discoveries of the 20th century came out of people dropping things.
I don't believe there's anything in life you can't go back and fix. The ancient Vedas - the oldest Hindu philosophy - and modern science agree that time is an illusion. If that's true, there's no such thing as a past or a future - it's all one huge now. So what you fix now affects the past and the future.
I had a hard time treating my field as if it's horse racing, putting actors in competition against each other. I see how the industry and the studios feel it's important, but I don't really have a feeling for being in competition. I want to feel sympathetic and close to others, not opposed to them.
That's the privilege of old age: You don't have to remember.
I would like to have a movie under my own control sometime, and see what could be done with it. Who knows? Maybe Hollywood will make an improvisational movie someday.
I don't believe in competitions between artists. This is insane. Who has the authority to say someone is better?
For everybody, the tide comes in, the tide goes out - if you're an actor, particularly.
No matter how much time you spend reading books or following your intuition, you're gonna screw it up. Fifty times. You can't do parenting right.
Everybody's career has ups and downs. I like to take chances; I don't like to stand still. And I don't give a damn what the market is interested in; I want to try things.
I don't know why we have to put things in boxes of superlatives. That isolates them. Life is fluid, and the minute you start trying to put a line around something, it will deceive you and go away.
I don't live in L.A. on purpose because I don't wanna be immersed in that. I have to have a real life, with real people, in order to inform what I'm doing; otherwise, it just becomes the snake eating its own tail. Vampirism.
I don't sense that I am someone's hero, though I'm happy when people like my work. I've learned how to be gracious about it, but I try to let it go by. I've seen how, if people start taking on those accolades, it can ruin them completely.
I had to jump around in the arts for a while just to survive. I earned a little money here and there, playing the guitar at union meetings, functions. I sold some science-fiction stories. I knew there was absolutely no question of me not being connected with the arts, but I couldn't find any acting jobs.
If you want to be an actor and you love acting, you can do it whether you're doing something else or not. You can be connected with community theater or make your own little movies. But if you want to be a movie star, you've got a tough road ahead of you.
It's - everybody's looking at the bottom line all the time, and failure doesn't look good on the bottom line, and yet you don't learn anything without failing.

Who is person today and how old is Alan Arkin age, famous quotes