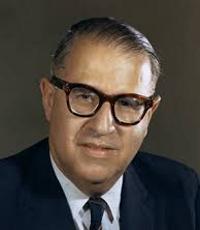 One of the chief tasks of any dialogue with the Gentile world is to prove that the distinction between anti-Semitism and anti-Zionism is not a distinction at all.
A statesman who keeps his ear permanently glued to the ground will have neither elegance of posture nor flexibility of movement.
A consensus means that everyone agrees to say collectively what no one believes individually.
If Algeria introduced a resolution declaring that the earth was flat and that Israel had flattened it, it would pass by a vote of 164 to 13 with 26 abstentions.
I think that this is the first war in history that on the morrow the victors sued for peace and the vanquished called for unconditional surrender.
History teaches us that men and nations behave wisely once they have exhausted all other alternatives.
Better to be disliked than pitied.
His ignorance is encyclopedic.
You can't achieve anything without getting in someone's way.
It is our experience that political leaders do not always mean the opposite of what they say.
Consensus is what many people say in chorus but do not believe as individuals.
Time and again these governments have rejected proposals today - and longed for them tomorrow.
Lest Arab governments be tempted out of sheer routine to rush into impulsive rejection, let me suggest that tragedy is not what men suffer but what they miss.
Men and nations behave wisely once they have exhausted all the other alternatives.
The Jews are the living embodiment of the minority, the constant reminder of what duties societies owe their minorities, whoever they might be.

Who is person today and how old is Abba Eban age, famous quotes