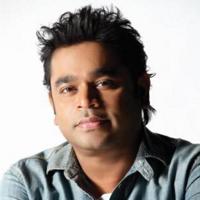 When you do something with a lot of honesty, appetite and commitment, the input reflects in the output.
The institution of marriage works better when there's a spiritual connection. If you're marrying just for the sake of the woman, then you may lose interest in each other very soon. When we marry in the interest of the Holy Spirit with the intention of serving God and humanity, then it gives a much larger perspective.
Success comes to those who dedicate everything to their passion in life. To be successful, it is also very important to be humble and never let fame or money travel to your head.
For me, there is no day or night for music. I often work through the night - without phone calls disturbing me.
I want young Indian composers to be able to do more than just film music. I want to give them the skills that will enable them to create their own palette of sounds instead of having to write formulaic music. It doesn't matter if they become sound engineers, producers, composers or performers - I want them to be as imaginative as they like.
My music is mostly for the music. And it gives the liberty to do anything which I want. And nobody limits me to one genre of music. But I learn from life and I try to give back to life, in a way, whether it's the thought of the song or whether it's the approach to the arrangement or anything.
Each one of us has our own evolution of life, and each one of us goes through different tests which are unique and challenging. But certain things are common. And we do learn things from each other's experience. On a spiritual journey, we all have the same destination.
Your inner voice is the voice of divinity. To hear it, we need to be in solitude, even in crowded places.
I believe that whatever comes at a particular time is a blessing from God.
After a point of time, when you get success and fame, money and everything, the purpose of life has to be redefined. For me, I think that purpose is to build bridges. Artists can do that very easily, more than politicians.
I am the kind of person who does not like to carry baggage. In fact, I don't go back and listen to my own music. I believe in closing chapters and moving forward. That's what gives me peace.
The idea of music is to liberate the listener and lead him to a frame where he feels he is elevated.
I grew up on Bach and Beethoven, and now I'm listening to more modern composers who I can't even name. But since I'm constantly doing music, it's difficult to have that quality time to listen to music and do classical stuff.
My mother's belief in spiritual healers grew stronger after our family went through a rough patch following my father's death. Sufi saint Karimullah Shah Kadri changed our lives, and all of us converted to Sufism. But it wasn't an instantaneous decision - it took us 10 years to convert. The change in religion was like washing away the past.
Every time I sit for a song, I feel I am finished. It's like a beggar sitting waiting for God to fill your bowl with the right thought. In every song, I ask help from Him. Everybody around is so good, so to create music that will connect with so many people is not humanly possible without inspiration.
I have too many responsibilities and principles. There's no time for 'guilty' pleasures.
It's true that I love to connect with my fans on the social networking sites, but I try not to go overboard, ever. I just give people a peek into my mind space, but never bombard them with my tweets.
I was a common man, and I will always remain a common man. No amount of stardom will ever consume my soul. Money comes, money goes. Fame comes, fame goes. I believe every human being is a celebrity in their own right.
It's like driving your car. If you drive too fast on the highway, you will topple, so you better maintain your speed. Life is similar to that, and that's the way you have to control your head.
Sometimes, a remix is good because it reaches a whole new generation. But when it gets too much, it's irritating. Also, the original composer needs to be credited properly.

Who is person today and how old is A. R. Rahman age, famous quotes